Polisario Leader: Self-Proclaimed SADR is NOT a State as It Relies on Algeria for its Survival 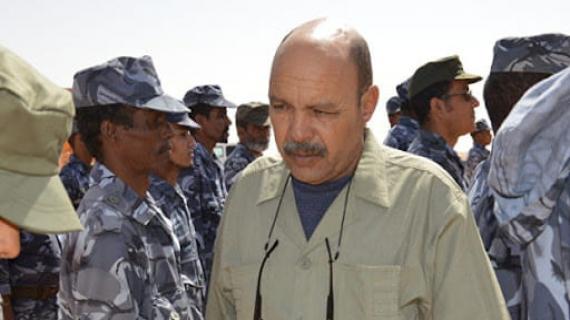 A so-called minister of the polisario armed militia has acknowledged that the self-proclaimed “Sahrawi Arab Democratic Republic” (SADR) is not a state, affirming that the separatist group has always relied on Algeria for its survival, dealing a hard blow to the Algeria-backed secessionist propaganda.
Speaking at a meeting held lately in the city of Mantes-La-Jolie, north-central France, Mustapha Ali Sid El Bachir, a former Polisario’s security chief, said the Algerian regime has poured billions of petrodollars for 46 years in a bid to make the Polisario militia believe that they have a state and take the territory from Morocco, but this remains an elusive dream.
His remarks, offering a reality check, have irked the Algerian rulers and their Polisario puppets after admitting that the SADR has no basis and no existence.
“I am not a minister of the occupied territories, I am only a refugee registered in the constituency of Mahbes. We must be realistic and I will not lie to you, I am not a minister. Our Minister of Foreign Affairs, Ould Salek, is in Algiers. Our Prime Minister, Bouchrya Beyoun, is not a Head of government,” said Mustapha El Bachir, a former “minister” of the Interior and current Head of the so-called “Ministry of the Occupied Territories and the Sahrawi Diaspora.”
Even Brahim Ghali himself, the Polisario chief, is not regarded as a Head of State, but only as a refugee registered under the name of Ghali Sid El Mustapha, he underlined.
“He is not deemed by the refugee agency as the president of a State or a senior official”, he added, saying that all Sahrawis are refugees living in Southern Algeria and subsisting on Algerian handouts.
“We have been with the Algerians for 46 or 47 years, we beg them for medical treatment, military training, weapons, gas, gas… We do not have a state”, he affirmed.