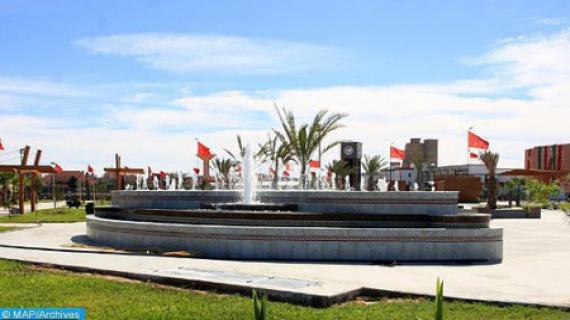 The European Union (EU) has once again confirmed in its annual report, published on Wednesday, that the population of Morocco’s southern provinces benefits fully from the agreements concluded between Morocco and the EU.

The publication of this annual report by the European Commission and the European External Action Service (EEAS) is part of the implementation of the agreement in the form of an exchange of letters, amending the Protocols 1 and 4 of the Morocco-EU Association Agreement, which entered into force on July 19, 2019, commonly known as the “Agricultural Agreement”.

The report, which details the different aspects of the benefits that this agreement provides to the population of the southern provinces of the Kingdom, adopts a positive tone, reflecting the quality and strength of the Morocco-EU partnership, which stands out for its spirit of trust and openness.

The report authors confirm the approach adopted by the Moroccan authorities to promote the economic opening of the southern provinces and to make them a genuine attractive hub within the framework of a win-win partnership between the EU, Morocco and the African continent.

In about forty pages, the document attests, through figures, the positive and visible impact of the agreement on the socio-economic development of the Southern Provinces and their population, in terms of economic growth, production, and development export of farming and fisheries products, job creation, and investment.

The document highlights in this regard the dynamic and rapid growth experienced by these regions and the action led by Morocco for the development of its Southern Provinces, within the framework of the “2016-2021 development program”, through the implementation of several large-scale projects.

Another crucial point, outlined by the European Commission and the EEAS in their report, is the relevance of the public policies deployed in these regions, by highlighting the significant results achieved at different levels and their multiplier effects in terms of investments, generalization of social protection to the entire Moroccan population, improvement of working conditions, socio-economic integration of women, vigorous support for young people and infrastructure development.

The report therefore constitutes a recognition on the part of the European Executive body and the EEAS of the substantial efforts made by the Kingdom in its southern provinces, taking into account the concern for a rationalized and sustainable use of natural resources (project of the Dakhla port, desalination station project…)

The report comes as a flat stinging denial on the part of the European institutions of the fallacious allegations of a so-called “plunder” of the resources of the Southern Provinces, circulated by the enemies of the Kingdom’s territorial integrity. Actually, the report corroborates the documented benefits reaped by the population of the Moroccan Sahara as observed and recorded by the representatives of the European Commission and the EEAS during a visit in September 2021 to Morocco, including a trip to the southern provinces.

Indeed, this visit enabled European officials to observe, on the ground, all the tangible socio-economic advances in these regions, to interact with the legitimate representatives of the populations concerned and to be fully aware of the paramount importance of the Morocco-EU Partnership in reinforcing the economic openness of the Southern Provinces.

The report recalls that the meetings with the various economic stakeholders, local authorities and representatives of civil society, including organizations active in the area of human rights, made it possible to observe their total support for the development efforts in these regions, their support for the Agreement as a tool for the economic and social development of these regions and their satisfaction with its implementation and its beneficial nature.

The document highlights Morocco’s efforts and achievements in the defense of human rights at the national level, and its active role at the multilateral level, as reflected in the EU’s Annual Report on Human Rights and Democracy in the world (2021), and attests to the density of Morocco-EU cooperation in this area, citing the numerous projects implemented within the framework of the Joint Political Declaration, adopted by the Association Council in June 2019.

Regarding the Moroccan Sahara issue, the report recalls the EU’s resolute support for the ongoing process at the UN level for the settlement of this regional dispute, and the importance of facilitating the mission of the new Personal Envoy of the UN Secretary General, Staffan de Mistura.

It also underlines the EU’s commitment to strengthening regional cooperation and its readiness to contribute to it.

A reading of the different chapters of the report shows that its conclusions constitute a new snub inflicted by the European Commission and the EEAS on Algeria and the Polisario, which have recently increased fruitless maneuvers aimed at calling into question the legality of the agreements between the EU and Morocco, covering the southern provinces.

The report indeed dismisses the allegations conveyed by Algeria and the Polisario and underlines that the European Commission and the EEAS attest to the continuity of trade relations between Morocco and the EU, confirm their stability and reaffirm Europe’s commitments within the framework of its global partnership with Morocco.