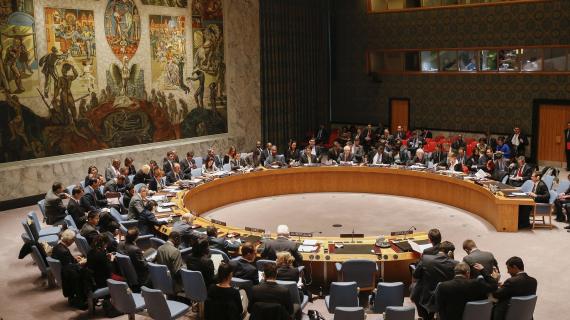 Algeria is still struggling to come to terms with a blow it has suffered by the UN Security Council in its latest resolution on the Sahara issue which reiterated that the Morocco-proposed autonomy plan is serious and credible and urged Algeria to take part in negotiations as a party to the conflict.

Prior to the resolution, Algeria’s diplomacy acted with agitation vowing not to take part any more at the roundtable process kicked by the predecessor of current UN Envoy Staffan de Mistura.

Resolution 2602, which extended the UN mission in the Sahara for another year, shattered Algeria’s hopes to see the UN derail from the achievements of the peace process brokered by the UN, which has since 2007 called for a mutually acceptable solution based on compromise and urged Algeria and other parties to engage towards that end.

Algeria’s propaganda on a war in the Sahara was also ignored and its Polisario puppets were indicted in a UN Secretary General report for sending armed men to block commercial traffic on Morocco’s southernmost passage to Mauritania.

The resolution came as a crushing diplomatic defeat to an Algerian diplomacy that seeks to punch above its weight in the continent and the region.

By portraying itself as an “observer” in the Sahara issue while arming and instigating the Polisario proxy to violate the ceasefire, Algeria is only showing the world that it is the genuine party to the artificial Sahara conflict.

Algeria’s diplomatic agitation concerning the Sahara issue and Morocco’s constraint to all provocations is only reflecting a reality according to which Morocco is making headway to secure more support to its territorial integrity.

Morocco is also showing good faith by offering a win-win autonomy plan under its sovereignty to end the conflict peacefully and politically while Algeria insists on obsolete options including through waving the card of a war that is only apparent on social media with no evidence on the ground.

By rejecting the UN Security Council resolution and continuing to arm and back the separatist militias, Algeria is reflecting an image of a rogue state in defiance of the international community on par with regimes intent on sowing instability in their regions such as Iran.

Morocco’s restraint in responding to Algerian accusations and provocations stem from a position of power. Rabat controls the land and is winning support at the continental and international level. Algeria’s diplomatic acrobatics only reflect a state in domestic disarray.