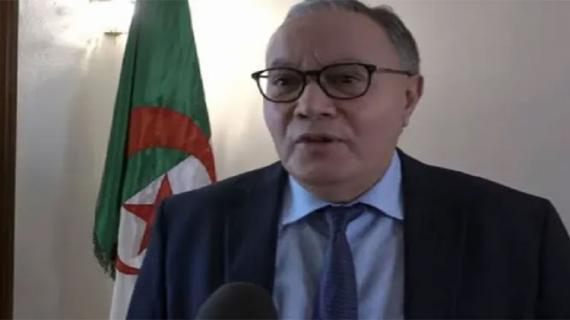 About three months to the Arab summit that Algiers is supposed to host, Algerian diplomacy refuses to pull its head from the sand, spreading fake news and propaganda about the Arab League’s decision to adopt a unified map which shows the full Moroccan Map from the Mediterranean to the Mauritanian border.

Algeria’s news agency APS- which has become an apparatus for fake news and hate speech- published statements by the military regime’ chief propagandist Amar Belani who denied that the Arab league recognized Morocco’s sovereignty over the Sahara saying the map of the Arab World did not include borders.

Did Belani check the country profiles on the website of the Arab League to see in details that the pan-Arab organization recognizes Morocco’s official map from Tangier to Lagouira?

Hostility to a well-off neighbor that has no substantial oil and gas but could build a diversified economy has actually blinded the recycled Algerian military regime.

Fake news has become a common practice. Using images from conflicts in Ethiopia or elsewhere to purport that there is a war in Sahara or making up news to discredit Morocco has only destroyed whatever remaining credibility Algerian media aspire to.

One of the pro-establishment newspapers was rebuked by Russia after it spread false information on an alleged Russian-Moroccan standoff.

To mention but a few cases. In October 2020, the UN denied as false reports by Algeria’s state-run news agency Algerie Presse Service (APS) that Morocco “failed” to become a member of the United Nations Human Rights Council (UNHRC).

The strongly-worded denial inflicted another blow to the official news outlet, known for circulating “fake news” on sensitive topics.

In September 2020, the Geneva-based Office of the UN High Commissioner for Human Rights (OHCHR) denounced the “complete fabrication” by APS of a news report, claiming that the UN Dispute Tribunal in Geneva had rejected a complaint from Algerian activists in a record time of 24 hours.

In response, OHCHR spokesperson Rupert Colville lashed out at APS’ “false information” in a fiery statement.

“The information contained in the article, which has been widely picked up by other media in Algeria and elsewhere, is a complete fabrication from start to finish,” he said.