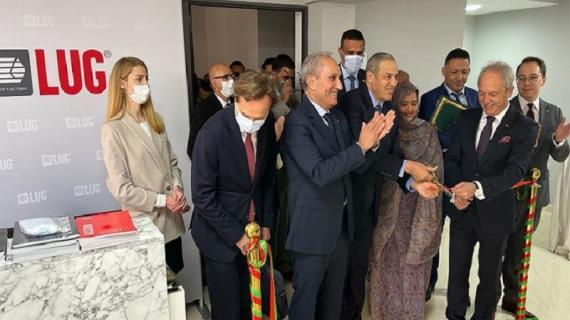 The Polish LUG group, one of the leading European manufacturers of professional lighting solutions, inaugurated this Monday in Laayoune, its Moroccan branch dubbed “LUG Maroc”.

“The opening of this branch in Laayoune reflects our firm belief that Morocco is among the strategic priorities of our group,” said the president of the Polish lighting giant, Ryszard Wtorkowski, at the inauguration ceremony of the subsidiary in the capital of the Moroccan Sahara.

He said the group’s choice to settle in Morocco was dictated by “the stable political and economic situation of the Kingdom, the high quality of its infrastructure, including airports, ports and highways, as well as its laws stimulating investment and the large number of projects in which our products could potentially be used.”

“Our Moroccan branch in the city of Laayoune will soon expand into the African market. The objective will be the establishment of business activities in the field of professional LED lighting solutions in the Kingdom and in African countries,” added the head of the Polish group.

LUG has been active in Morocco for several years, and the Polish group says that the positive assessment of the country’s potential and “the projects implemented so far with local partners have confirmed that the solutions offered by the company are attractive to private sector beneficiaries.”

“The decision of LUG to invest in our southern provinces, specifically in Laayoune, confirms the confidence of the Polish group in the capabilities and resilience of the Moroccan economy, which is characterized by its great strategic openness onto different African markets,” said the Moroccan ambassador in Warsaw, Abderrahim Atmoun.