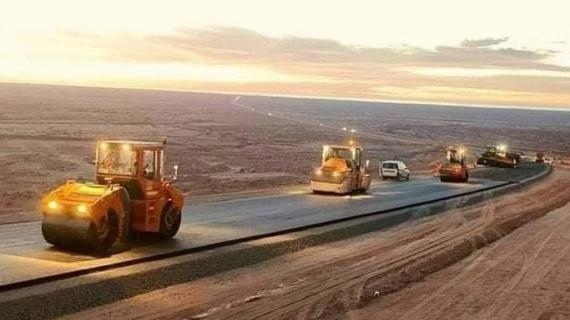 Works to build a highway linking Tiznit in central Morocco to Dakhla are now 81% complete, in a key project that will improve connectivity between Morocco and its south and open a gateway for road traffic to the rest of Africa.

The new 1055km-long road will be built at a cost of 10 billion dirhams ($1bln) as part of a batch of projects launched within the framework of a development plan for the Sahara region.

Besides, the highway plan, worth $9 billion, includes 700 other projects. Some projects had to slowdown due to the pandemic, according to the outgoing government.

The plan includes the flagship port in Dakhla to cost up to 10 billion dirhams ($1 bln) as well as renewable energy projects such as the wind parks of Tiskrad, Dora and Lamsid Boujdour in addition to a desalination plant in Dakhla.

Special attention will be given to phosphates production development, tourist attraction projects and fisheries as well as setting up university hospitals.