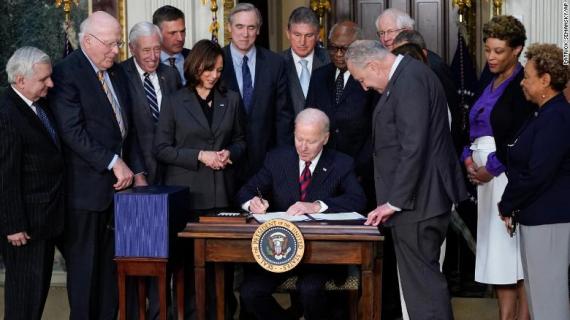 The report accompanying this law also reaffirms, in a clear manner, the constancy of Washington's position in support of the process conducted under the auspices of the United Nations for a compromise political solution to the regional dispute over the Moroccan Sahara.

It notes to this effect the importance of complying with the parameters of the Security Council resolutions that enshrine the pre-eminence of the Moroccan autonomy initiative as a credible, serious and realistic solution to this artificial conflict.

This same position has been reaffirmed, on March 8, 2022, in the joint statement issued after the Morocco-US Strategic Dialogue, co-chaired by Minister of Foreign Affairs, African Cooperation and Moroccans Abroad, Nasser Bourita, and US Assistant Secretary of State, Wendy Sherman.

This year's legislation was again a resounding failure for the Kingdom's opponents, who tried in vain to introduce provisions suggesting any distinction between Morocco and its Sahara or to call into question the U.S. consulate in Dakhla. None of their ill-intentioned additions were successful.

The new U.S. budget bill thus reaffirms the U.S. recognition of Morocco's full sovereignty over all of its territory, including its Southern Provinces.