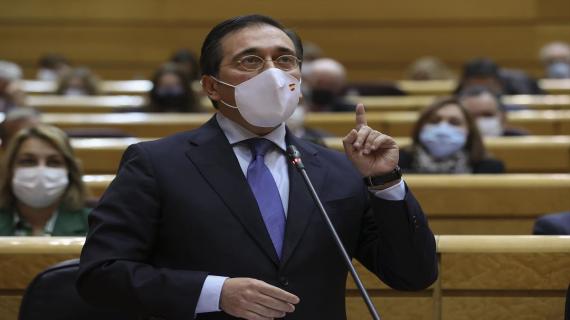 This decision aims to "contribute to ending a conflict that has lasted for over 46 years," Albares said at the Spanish Senate, assuring that Spain has followed the lead of other world powers that have supported the Moroccan approach.

Spain's position is "very similar to that adopted by France and Germany, meaning that the Moroccan autonomy plan is the most realistic basis," he insisted.

"I do not see that anyone thinks that the position of these two countries is not in compliance with international legality," Albares added, noting that the position expressed by the Spanish government is in line with the UN Charter and the Security Council resolutions, including the latest resolution 2602.

It is also in line with the support given to the mission of the UN Secretary General's personal envoy for the Sahara, Staffan de Mistura, he said, while stressing the importance of relations with Morocco.

"The relationship with our southern neighbor is fundamental in terms of management of migration flows, security, and the fight against terrorism," Albares pointed out.