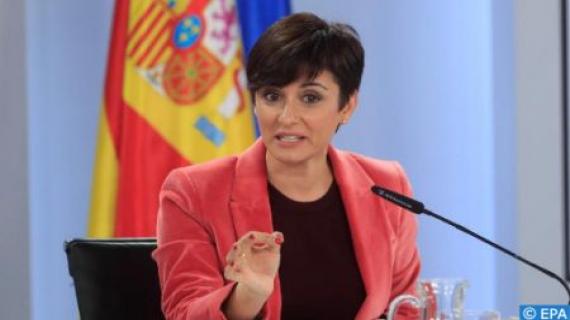 "We are starting a new stage in our relations with Morocco. The most important thing is to look to the future and not to return to the past. We are pleased with this agreement, which means the reestablishment of diplomatic relations with a neighboring country and strategic for Spain," said Rodriguez at a press briefing at the end of the meeting of the Council of Ministers.

This new framework of bilateral relations, which considers the Moroccan autonomy initiative as "the most realistic basis for a solution" to the Sahara issue, is "good news for Spain", insisted the Spanish official, adding that the government "looks after the general interest of the country".

"Preserving good relations with Morocco is very important for us," said the Spanish government spokeswoman, assuring that "Morocco is a strategic ally with whom we have human, historical, geographical and economic ties”.