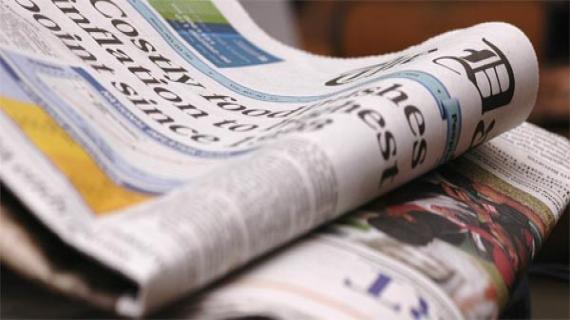 The analyses of several editorialists, columnists and geopolitical analysts emphasize the historical and geostrategic significance of this decision in a turbulent situation, noting that the position expressed by the president of the Spanish government, Pedro Sanchez, is of fundamental importance for the future of the partnership between the two countries, especially in the areas of migration management, the fight against terrorism and the building of a partnership based on trust and multidimensional cooperation.

The decision of Madrid constitutes "a real political milestone and a turning point in relations between the two countries", writes the daily "La Razon".

Spanish-Moroccan relations, fundamental in global geostrategic terms, essential for Europe and essential for Africa, must continue to be at the center of a realistic vision, the Spanish newspaper notes.

It adds that "relations between Rabat and Madrid are particularly stable for decades. Such deep and diverse relations between the two countries can only be part of the sustainability imposed by geography and history''.

The new Spanish position ''is in line with the position of Washington and the main European powers, including Germany, which, little by little, have admitted that the formula proposed by Rabat is the best possible outcome'', says the daily.

"From a pragmatic point of view, which takes into account the reality of the facts and not voluntarism, the articulation of a broad autonomy as proposed by Rabat seems to us to be the best possible alternative'', says La Razón in an editorial, under the title ''a realistic solution to the Saharan imbroglio'', specifying that this decision constitutes a ''de facto recognition of Morocco's sovereignty over the Sahara''.

The normalization of relations with Morocco is essential for Spain," said El Pais, stating that "the dynamics of support obtained by Rabat in recent years to the Sahara issue - from Washington to Paris and Berlin - (...) has invited Spain to take initiatives".

Along with Europe and Latin America, the issue of the Maghreb is on the podium of Spain's international policy, its economy, its cultural synergies and its positioning in the world," says El Pais in its editorial.

“The world has changed a lot, and both the pandemic and the war in Ukraine are currently acting as gas pedals of processes that were already underway and conflicts that should be resolved to avoid multiplying the hot spots of the planet,'' says the editorialist.

The position of Spain is explained by "the enormous value of relations with the Kingdom of Morocco in all economic, commercial, social and cultural sectors, including security and the fight against terrorism," underlines, for its part, the newspaper La Verdad.

With this new decision supporting the Moroccan solution, the government of Pedro Sanchez "consolidates mutual trust" and "strengthens the position of Morocco as a strategic partner", says the newspaper in an article by Javier Fernandez Arribas, an expert in Maghreb affairs.

The approach of Madrid also aims, according to him, to definitively resolve the dispute over the Moroccan Sahara and put an end to the suffering of thousands of Sahrawi held against their will in the camps of Tindouf, Algeria, whose survival depends on international aid, which is becoming scarce because of ''the numerous complaints against the polisario Front for repression, abuse and restrictions of freedoms”.

In addition, the author of the article adds, "young Sahrawis are recruited by terrorist groups in the Sahel region for a small fee to join their ranks”.

For the news website vozpopuli.com, Madrid's bold decision on the Moroccan Sahara is an effective exercise in realpolitik.

In an article published by the prominent Spanish expert Aldo Olcese, the portal notes that the government of his country "has joined the group of states that support Morocco's position on the Sahara. It does so after the support that other major countries in the world, such as France, the United States and Germany, have shown in recent months''.

“Our government has shown courage and determination in taking this very important decision for our international policy and our good neighborly relations with our brothers in the South," he said, adding that expressing it in a letter and an official statement, following the model of the German government, is "a priori bold, but represents an effective exercise of realpolitik”.

For the Spanish expert, it is a historic opportunity to see now, the relations of Morocco with Spain and Europe, register "a spectacular qualitative leap, which will clearly translate into improving our mutual security and our shared economic and social development”.

In the same vein, the journalist Fernando Jauregui stresses in an article published by the agency Europa Press that the decision of the Spanish government on the Moroccan Sahara is a "positive reorientation of foreign policy", noting that "it was not a wrong or arbitrary step, but a long-term strategy".

Morocco is a "key player in the diplomatic and economic stability of our country", says Jauregui in this article entitled "the diplomacy of Pedro Sanchez".