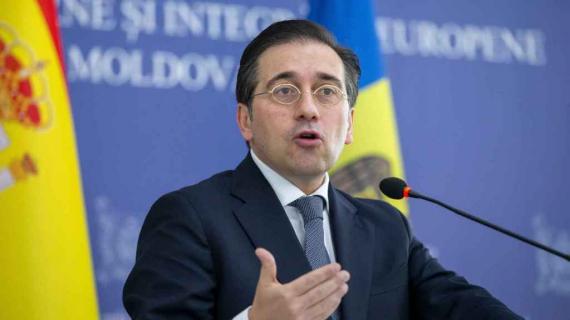 "Spain has been a spectator in this dispute for too long. Today, it has the opportunity to actively participate in its resolution by adopting this position," Albares said before the Foreign Affairs Committee of the Congress of Deputies (Lower House).

"After 46 years of status quo, the time has come to take action in order to contribute towards a mutually acceptable solution within the framework of the United Nations," the head of Spanish diplomacy added, stating that his country's position is in line with the U.N. Charter and the Security Council resolutions.

"I firmly believe that we must contribute to opening a political perspective to achieve a mutually acceptable solution to an issue that has been at a standstill for almost five decades. If we do not get involved and help the UN Secretary General's personal envoy, this issue will remain stalled for even longer," he argued.

"Spain's position is very similar to that of Germany and France, which also have the same objective as Spain, that is to contribute to the resolution of this long-standing issue," Albares insisted.

Spain's position, which has been welcomed by the European Commission (EC), the European Union's High Representative for Foreign Policy and the UN spokesman because it is in line with the UN Charter, is an "excellent opportunity" to contribute to the resolution of this issue, he concluded.