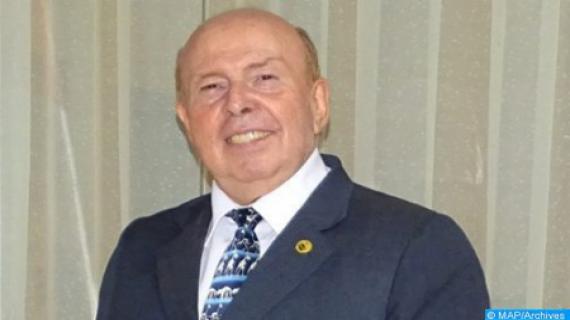 The president of Copesa, Ricardo Sánchez Serra, stressed in a statement published by the Peruvian daily "La Razon" that Spain now supports the Moroccan autonomy initiative, which it considers "the most serious and realistic basis" for finding a solution to this dispute, adding that the international community recognizes the "artificial" nature of this dispute that was created by Algeria and the polisario after detaining the population in the camps of Tindouf0

Ricardo Sánchez Serra added that the position of the Spanish government has been widely supported by the European Union, which opens, according to him, "another way for the dispute to be resolved definitively at the United Nations.

The president of Copesa noted, moreover, the colossal investments of Morocco in the development of the southern provinces and which benefits the Sahrawi population.

He added that this reality "has been verified by a delegation of the Peruvian Congress that visited a few days ago this region and pronounced itself in favor of autonomy, the viable way to overcome the differences on the issue of the Moroccan Sahara while maintaining peace within the framework of international law.

Regarding the Peruvian position, the president of Copesa said that "Peru must follow the example of Spain, or maintain a positive neutrality at the United Nations, so that its voice is audible in this matter and avoid international isolation".