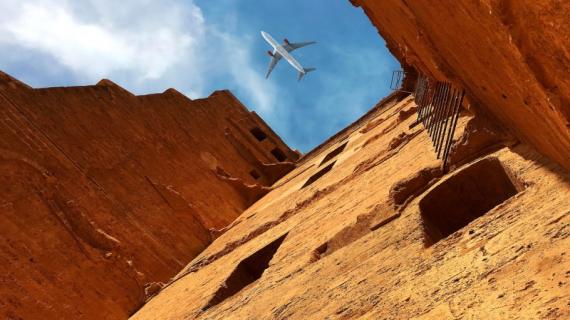 The visceral hatred of the military junta towards Morocco has no limits and has in recent months taken multiple forms verging on the absurd. This time, Air Algérie sacked its marketing director who was blamed for a post on social media evoking the Moroccan history of Tlemcen, a city with close links to Morocco’s imperial cities.

“Proud of its rich and diverse past, its Moroccan and Spanish historical landmarks and its Andalusian character, Tlemcen is the city of arts and history and the pearle of the Maghreb.” This post, published on April 15, was enough to cost the job of a marketing director who did nothing but reflect the reality of the city which used to be part of Moroccan dynasties prior to the Ottoman rule of Algeria.

The reaction of Air Algérie towards one of its officials is reflective of an attitude by a regime who cultivates hatred towards anything Moroccan.

It also shows the scale of the endemic hostility towards Morocco which goes as far as falsifying history or omitting Morocco’s role in the history of regions that were attached by French colonialism to Algeria.

Morocco experienced a continuation of the state for 12 centuries and was the center of gravity and the origin of dynasties that ruled the country and beyond. 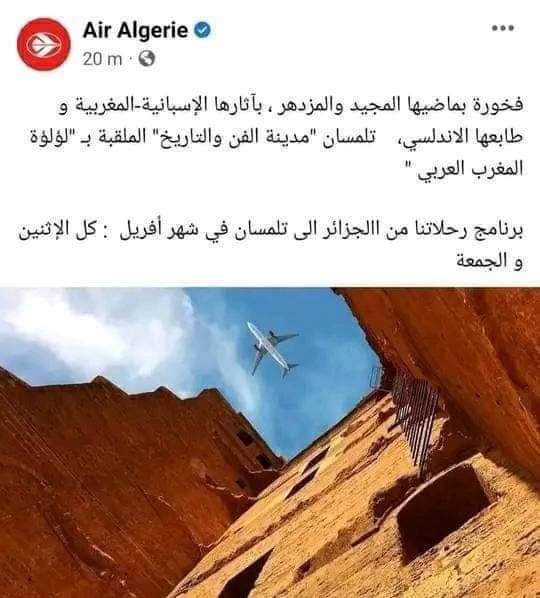 On the other hand, it is hard to define a pre-colonial Algeria, as the country’s West and East were for most of the post-Islamic period either part of Morocco or Tunisia until the advent of the Ottoman rule.

The hatred of the Algerian regime has extended to history, the academic, culture and also sports.

Last week, Algerian opposition activists including Anwar Malik and Hichem Aboud, cited reports that Algerian army sent its conscripts to a stadium to chant anti-Moroccan slogans and insults during a football game between Wydad Casablanca and Chabab Belouzdad.