Ambassador Hilale to C24: 'Mr. Ambassador of Algeria, You Missed an Opportunity to keep Quiet' 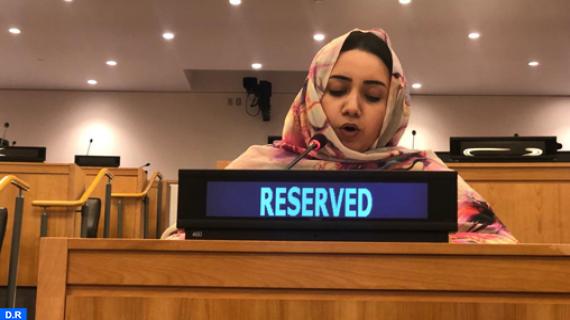 In response to this attempt at intimidation and to the lies and provocations of the Algerian ambassador to the UN on the question of the Moroccan Sahara, the permanent representative of Morocco to the UN, ambassador Omar Hilale, reframed him in a masterly manner by exposing his rantings and by taking the participants in the seminar to witness the pitiful attack against Ms. Ghalla.

"Ask Ms. Ghalla who she represents? I will tell you. She represents the hundreds of thousands of citizens of the Sahara who are attached to their Moroccanness. She represents, also, 20,000 Sahrawi women, men, children, cousins, brothers and mothers detained (…) in the camps of Tindouf," he added, indicating that "if Algeria does not want her to be mentioned, it has only to release these populations and let them return home to Morocco".

Directly blaming the Algerian ambassador in front of all the participants, Hilale said: "What you have just done is called intellectual terrorism, as you are always in the habit of doing wherever you go”.

Battling the untruths of the Algerian diplomat on the so-called observer status of his country on the issue of the Moroccan Sahara, the diplomat ironically said that this is, once again, "fake news", because Algeria is a major party to this regional dispute, as it has always claimed.

"I would like to bring you back to history, in case you are interested in the history of your country or if you are unaware of the history of your diplomacy: In a letter addressed by your Permanent Representative in New York, on November 19, 1975, to the Security Council, it is written in black and white that +in addition to Spain, as administering power, the parties concerned and interested in the Western Sahara issue are Algeria, Morocco and Mauritania+. At the time, Algeria did not even mention the +polisario+," he said.

Adding another proof of Algerian involvement in the Moroccan Sahara issue, Hilale recalled that in an inhumane act, Algeria expelled, in the aftermath of the Green March, 35,000 Moroccans, separating the children from their mothers and fathers. "Is this fraternity? So many family dramas in retaliation for the Green March," concluded the Moroccan ambassador.