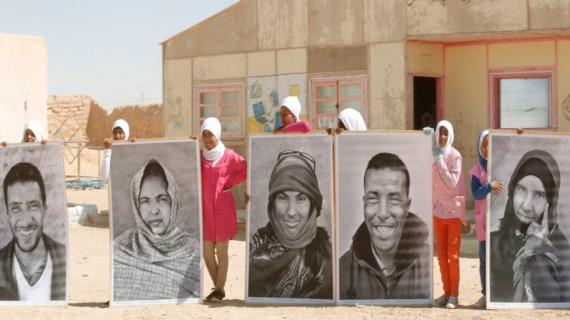 "This situation concerns us as Moroccan MPs because a good part of the population sequestered in the Tindouf camps are Moroccan Sahrawis," said Lahcen Haddad, co-chairman of the Moroccan-EU joint parliamentary committee, in an open letter addressed to MEPs.

He said that Algeria considers Moroccan Sahrawis (as well as others from the Sahel region) on its soil as "refugees", while Morocco considers them as "sequestered populations" held against their will in the Tindouf camps.

Although it considers them "refugees," Algeria does not apply the 1951 Geneva Convention or its 1967 Protocol to them. In addition to the fact that they are "warehoused", their free movement is controlled and they are not allowed to travel to third countries, nor to engage in any gainful activity, noted Haddad.

Despite regular calls by the UN Security Council and UNHCR for Algeria to count and register Sahrawi "refugees" as stipulated by international law, the identity and number of these alleged refugees remain a mystery, he noted.

In its note of September 28, 2018, the UNHCR confirmed that the official planning figure of "Sahrawi refugees in the Tindouf camps in Algeria" is "90,000", a figure that has been supplemented since 2006 by 35,000 additional rations", Haddad pointed out, adding that the UNHCR will, however, continue to rely on these figures until a full-fledged registration exercise is conducted.

The 35,000 additional rations were added to address the impact of floods on the most vulnerable and were kept for natural disasters such as floods or severe drought.

"Algeria and the polisario claim that more refugees are living in the camps and receiving humanitarian assistance in light of these, most likely, exaggerated estimates," Haddad further explained."

"But they continually refuse to count and register these 'refugees' despite constant calls from the UNHCR and the UN Security Council," he noted, adding that anecdotal evidence shows that some of the humanitarian aid is sold by polisario officials on the black market in southern Algeria and the Sahel region.

He recalled, in this regard, that the European Union Anti-Fraud Office discovered in 2015 that EU humanitarian aid, which amounted to 105 million euros over the years, was regularly diverted by the "polisario" for activities such as the purchase of weapons. The same issue was the subject of a motion for resolution tabled by European parliamentarians on July 24, 2020.

On the other hand, he continued, the UN Human Rights Committee expressed, on the occasion of the fourth periodic report of Algeria on July 20, 2018, its deep concern that Algeria's "de facto devolution of authority" over the Tindouf camps "to the polisario front."

He explained that this is of particular concern since this jurisdictional authority is incompatible with Algeria's obligation to respect and ensure all the rights set forth in the Covenant for all persons on its territory.

He is also concerned by reports that, as a result of the above, "victims of violations of the provisions of the Covenant in the Tindouf camps do not have access to an effective remedy before the courts of the State party, i.e. Algeria."

Haddad therefore urged all MEPs to take the necessary measures to urge Algeria to end this illegal situation and to make it assume its full responsibility in the management of the camps and the free movement of the population and free access to Algerian justice.

He also called on the European Parliament's Subcommittee on Human Rights to conduct a full investigation into the illegal use of child soldiers by the "polisario"; an entity that manages EU humanitarian aid as received by the Algerian government.

He recalled, in this regard, that the "polisario" boasts of using children in the conflict. Its propaganda media regularly publish videos of children in fatigues being trained and indoctrinated in combat, while human rights legislation declares 18 years the minimum legal age for the recruitment and use of children in hostilities.

The recruitment and use of children under the age of 15 as soldiers is prohibited by international humanitarian law - treaty and custom - and is defined as a war crime by the International Criminal Court.

The international community, the UN Human Rights Council, UNICEF, the European Parliament, and NGOs such as Child Soldiers, World Vision, and others should hold Algeria accountable for the blatant violation of the aforementioned protocol that the Algerian government ratified in 2016, Haddad argued.