Coordination of Families, Friends of Victims of Gdeim Izik Camp to Continue its Fight Against Whitewashing Criminals 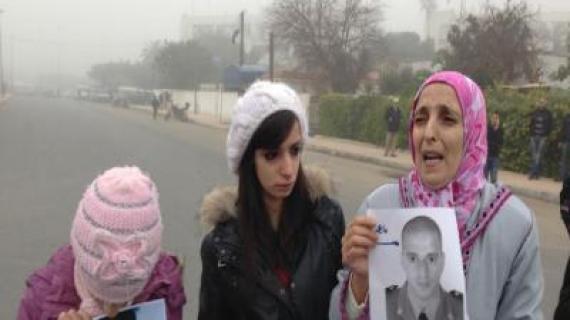 It expressed its astonishment at the decision to file several complaints against Morocco relating to false allegations of people involved in the mutilation and murder of the real victims of the camp among the elements of the auxiliary forces, the Civil Protection and the Royal Gendarmerie who dismantled the camp peacefully.

The coordination stresses, in a statement released Saturday, that all attempts to politicize and exploit this case are a reproduction of injustice, noting that the families of the victims wonder about the motivations of those who filed these complaints, the degree of their independence and their respect for international standards in human rights that require honesty, neutrality, objectivity, and impartiality.

This issue is particularly relevant in the light of the increasing number of movements within the Human Rights Council that undermine the universal principles and values of human rights, and especially the dangerous attempt to distort the facts by turning criminals into victims and by calling those who have committed the most heinous crimes, which are committed only by Daech and Al Qaeda, human rights actors.

These murderers claimed to be victims of torture, stresses the coordination, noting that these allegations have already been raised during the trial and it was decided, based on an order of the court that deliberated in this case, to carry out, in a preliminary way, a medical expertise entrusted to a medical team, in accordance with the standards of the Istanbul Protocol.

The prosecuted persons refused to submit to this expertise which demonstrated the fallacy of their claims and the same is the case for the parties who filed these complaints without mentioning the nature of the crime they have committed, adds the statement.

The coordination recalls the conduct of the trial of criminals who committed these acts, both at the first stage and the second after the revision of the code of military justice, adding that this trial was fair in the opinion of various national and international observers who have witnessed the suffering of the families of victims of inhuman crimes.

The coordination further noted that this complaint is a flagrant violation of international law, indicating that the families of the victims of the camp of Gdeim Izik, who follow the evolution of this file at the level of the United Nations, wonder legitimately about this complaint, given that the parties who took this initiative have never interacted with the letters previously sent by these families and have not even bothered to hear their claims and their mental suffering they endure since the murder of their sons.