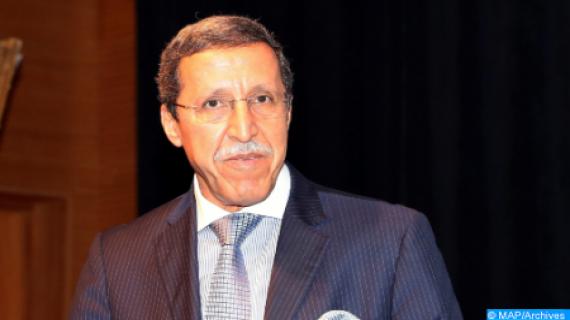 Adopted on October 27 by the UN Security Council, this resolution "has irreversibly anchored the pre-eminence of the Moroccan autonomy initiative, within the framework of national sovereignty and territorial integrity of the Kingdom, as the only solution to this regional dispute," noted Hilale in an exclusive interview with Maroc Hebdo in its edition covering November 11 to 17.

The UN resolution confirmed that "the solution to the Moroccan Sahara issue can only be political, realistic, pragmatic, sustainable and compromise-based" and marked "the final burial of the referendum, which Algeria and its armed separatist group the Polisario are still clinging to against the tide of international legality, embodied by the resolutions of the Security Council."

Commenting on the call addressed by name to Algeria by the Security Council to facilitate the census of the population of the Tindouf camps, Hilale said that "the strengthening of this provision in the body of Resolution 2654 expresses exasperation with Algeria's refusal, for nearly half a century, to allow the UNHCR to register this population," adding that "no one believes the figures provided by Algeria to humanitarian agencies."

At a time when Morocco's opponents "remain clinging to paradigms that have become obsolete," the Kingdom continues to make diplomatic gains in favor of its autonomy initiative, including the advent of an international alliance of more than 90 countries supporting the Moroccan plan, said the Moroccan diplomat.

Among these 90 countries are two permanent members of the Security Council (the United States and France) and several African, Arab and Latin American countries, which were recently joined by 11 countries of the European Union, he recalled, expressing the hope that "this alliance in favor of the Moroccan autonomy initiative will convince Algeria to return to the round tables."

"This confirmation does justice to Morocco by reinforcing its constant calls to draw the attention of the UN and the international community to the forced recruitment of child soldiers, including girls, by the Polisario," he said, stressing that "the many warnings issued by Morocco have raised international awareness of the issue of recruitment of these child soldiers."

Asked about the connection between Iran and the "polisario", the Moroccan diplomat said there are "proven" links between Tehran and the separatist front, as evidenced by several security reports and think tanks.

He warned, in particular, against the danger posed by the delivery of Iranian drones to the "polisario", pointing out that Iran seeks "to stir up conflict in Africa, as it is already doing in other regions of the world, which Morocco will never allow."

"If Iranian drones reach North Africa, they will pose a grave danger to the entire Maghreb and, therefore, the Sahel-Saharan region, which is already destabilized by terrorist groups. Moreover, it could also have an impact on the security of the direct European neighborhood, which is barely 14 km from the Moroccan coast," he warned.