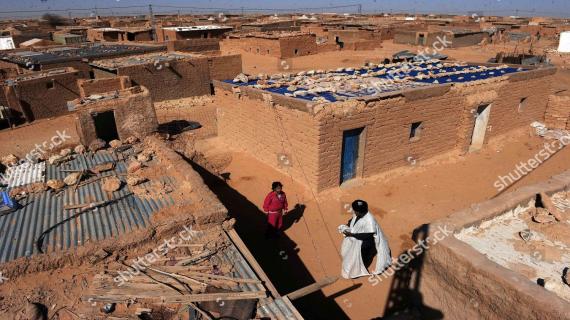 Answering a question about the existence of a so-called civil society in the Algerian camps of Tindouf, during his press conference held following the adoption by the Security Council of resolution 2654 on the Moroccan Sahara, Hilale said that "this is the first time we hear of a civil society in a refugee camp around the world".

"Normally, a civil society is an association of people who are united by universal values and principles and who work in the social, cultural, economic, child protection and schooling, etc.. However, in the camps of Tindouf, the population is detained," he said, adding that there is no civil society in any camp of "refugees" in the world.

He said that this issue has been discussed with the UN Secretariat, during which Morocco has presented evidence that the "polisario" prohibits any civil society in these camps. In this context, he gave the UN Secretariat officials a copy of Article 31 of the so-called constitution of the chimerical "Sahrawi republic" which expressly states that there can be no civil society and this until after the utopian "independence" which will never happen.

There are only mass organizations behind the "polisario", said the ambassador, noting that Article 32 of this so-called constitution, persists in the banishment of civil society by confirming that "it is the +polisario+ that represents the youth and women and galvanizes the population".

"There is a denial of civil society in these camps," Hilale said, regretting that the UN Secretariat was unfortunately not aware of this.

Noting that even the authoritarian regimes of the Cold War saved face by providing in their constitution the right of association, while prohibiting it in practice, the Moroccan diplomat ironized that this armed separatist group is worse than these authoritarian regimes, banishing civil society both in its "founding texts", as in the camps of Tindouf.