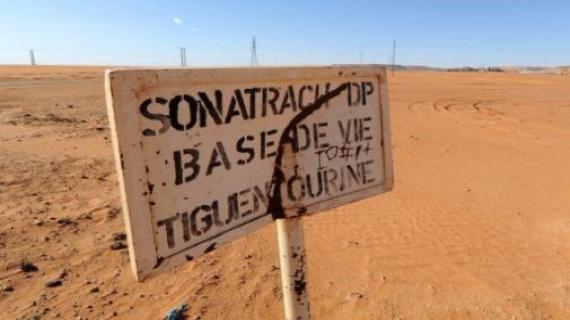 The four-day hostage crisis in the Sahara reached a bloody conclusion Saturday, Jan. 19, as the Algerian army carried out a final assault on the gas field taken over by Islamist militants, killing most of the remaining kidnappers and raising the total of hostages killed to at least 23, Algerian officials said.

Although the government declared an end to the siege, authorities believed a handful of jihadists were most likely hiding somewhere in the sprawling complex and said that troops were searching for them.

The details of what transpired in the Sahara and the final battle for the plant remained murky Saturday night -- as did information of which hostages died and how -- with even the White House suggesting that it was unclear what had happened. A brief statement released early Saturday night said the administration would "remain in close touch with the government of Algeria to gain a fuller understanding of what took place so that we can work together to prevent tragedies like this in the future."

The British defense minister, Philip Hammond, called the loss of life "appalling and unacceptable," after reports that up to seven hostages were killed Saturday in the final hours of the standoff. The Algerian government also announced that 32 militants had been killed since Wednesday, although it cautioned that the casualty counts were provisional.

Defense Secretary Leon Panetta, who appeared with Hammond at a news conference in London, said

he did not yet have reliable information about the fate of Americans at the facility, although a senior Algerian official said two had been found "safe and sound."

What little information trickled out was as harrowing as what had come in the days before, when some hostages who managed to escape told of workers being forced to wear explosives, at least one summary execution and some dying in the military's initial rescue attempt. On Saturday, an Algerian official reported that some bodies found by troops who rushed into the industrial complex were charred beyond recognition, making it difficult to distinguish between the captors and the captured. Two were assumed to be workers because they were handcuffed.

Britain's foreign secretary, William Hague, emerged from a meeting of the British government's crisis committee late Saturday night with the news that five Britons and one British resident had died in the final rescue attempt, or were unaccounted for. He declined to provide details, saying the government had not yet received a full picture of what happened and that police forces were still fanning out across Britain visiting each of the families involved and giving them "the support they need at this very difficult time."

On Saturday, it was unclear at whose hands the last hostages died. Initial reports from Algerian state media said that seven workers had been executed, but two government officials who spoke on the condition of anonymity later said both the number killed and the cause were unknown. Initial reports had also said 11 militants were killed, but later information suggested that some may have blown themselves up.

One of the Algerian officials defended the military assault Saturday, saying they feared the militants were about to set off explosions at the complex.

The militants had set fire to the plant's control tower Friday night, creating an "immense fire," the official said, only extinguished through an all-night effort by soldiers and workers. They then attempted to blow up a pipeline, he said. Worried officials recalled that there were stocks of gas at the plant.

Whatever the goal, the message of the ambitious assault on the well-defended gas complex, in a country that has perhaps the world's toughest record for dealing with terrorists, seemed clear, at least to Algerian officials Saturday: The Islamist mini-state in northern Mali, now under assault by French and Malian forces, has given a new boost to transnational terrorism. The brigade of some 32 Islamists that took the plant was multinational, Algerian officials and some escaped hostages said -- with only three of their own nation in the group.

"We have indications that they came from northern Mali, at the origin," one of the senior officials said. "They want to establish a terrorist state. "

While none of the facts he presented could be immediately confirmed, a Mali-based Algerian jihadist with ties to al-Qaida, Mokhtar Belmokhtar, has claimed credit through spokesmen -- and is blamed by the Algerians -- for the raid.

The militant takeover began in a hail of bullets early Wednesday, and continued through a fierce, helicopter-led government assault Thursday. The authorities said they were merely responding to attempts by the terrorists to leave the plant with hostages.

U.S. officials had said that "seven or eight" Americans had been at the In Amenas field when it was seized by the militants Wednesday.

One American, Frederick Buttaccio, 58, of Katy, Texas, was confirmed dead on Friday, and the French government said one of its citizens, identified as Yann Desjeux, had also died before Saturday's raid. An Algerian state news agency said Algerians had also been killed as of Friday.

One Algerian who managed to escape told France 24 television late Friday night that the kidnappers said, "We've come in the name of Islam, to teach the Americans what Islam is." The haggard-looking man, interviewed at the airport in Algiers, said the kidnappers then immediately executed five hostages.

The militants who attacked the plant said it was in retaliation for French troops sweeping into Mali this month to stop an advance of Islamist rebels south toward the capital. However the militants later said they had been planning an attack in Algeria for two months on the assumption that the West would intervene in Mali.

The Algerian state oil company, Sonatrach, said Saturday that the attackers had evidently mined the facility with the intention of blowing it up and that the company was working to disable the mines.

The brazenness of the assault -- dozens of fighters attacking one of the country's most important gas-producing facilities -- is likely to call into question Algeria's much vaunted security strategy in dealing with the Islamic militants who find shelter in its southern deserts, near the border with Mali.

The Algerians have made a virtue out of keeping a lid on these militants, pushing them toward Mali in a strategy of modified containment, and ruthlessly stamping them out when they attempt an attack in the interior of the country. So far it has worked, and Algeria's extensive oil and gas fields, extremely important revenue sources, have been protected.

That relative success had allowed Algeria to take a hands-off approach to the Islamist conquest of northern Mali in recent months, even as Western governments pleaded with it to become more directly involved in confronting the militants, who move across the hazy border between the two countries.

But now, with this attack, Algeria may have to rethink its approach, analysts suggest, and engage in a more frontal strategy against the Islamists.