31st October 1963, when Morocco cut diplomatic ties with Cuba for supporting Algeria during the Sand War 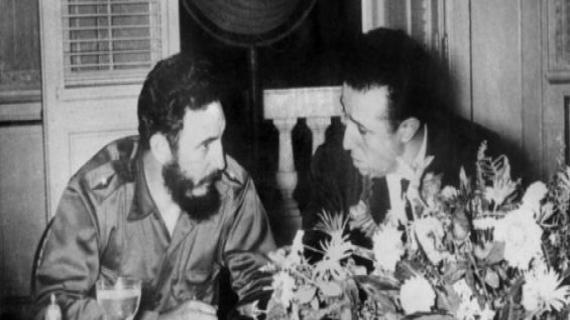 The border conflict between Morocco and Algeria, known as the Sand War, was an opportunity for Fidel Castro to initiate a military intervention outside the borders of his country. The second time was when, the Cuban forces joined President Dos Santos in Anglo while King Hassan II supported his opponent Jonas Savimbi, an Angolan political leader. Flashback.

On the 1st of January 1959, communist troops seized power in Cuba allowing Fidel Castro to govern the Republic as a Prime Minister and later as a president. In 1963, the Cuban army was sent on a mission abroad. Most precisely, in October 1962 hundreds of Cuban troops sailed  to provide support for Algeria during the Sand War. «It was the first time» for the South American country to initiate a military intervention outside its borders, admitted Castro in his memoire book «My Life; A Spoken Autobiography».

«Cuban troops – a battalion of tanks equipped with night vision lenses that the Soviets had sent us for our own defense, some artillery pieces, and several hundred soldiers – crossed the ocean and without asking anyone’s permission», said the retired leader who was keen enough to shed light on the spontaneous intervention of the Cuban Military.

Nevertheless, sending Cuban soldiers to confront the Moroccan forces was not done on a whim. This is what Castro avoided mentioning. In fact, the Cuban military intervention on behalf of Algeria was previously discussed by the Algerian government and the Cuban embassy. Algerians obviously asked for the help of Castro. Faced by the Royal Armed Forces in the Tindouf region, Abdelaziz Bouteflika (Algeria’s Foreign Minister back in the time) was responsible for submitting a request to the Cuban ambassador in Algiers. The request was immediately approved by La Havana. 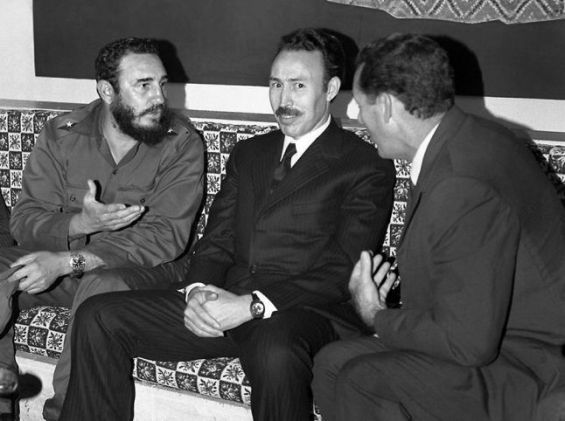 Cuba sent on the 22nd of October, troops including a T-34 tank company and a battery of 122mm field guns with the crews to operate them. The Cuban mission also included 28 doctors and 22 nurses. Castro’s assistance team was invaluable next to the Egyptian aid (78 tanks and planes) for Ahmed Ben Bella’s forces.

Responding to the Cuban operation, the Kingdom decided to cut diplomatic ties with La Havana on the 31st of October 1963. However, trade between the two nations had been maintained thanks to sugar. Before the Sand War, Moroccans signed an agreement with the Cubans to purchase one million tons of sugar.

Despite, the pressure put on Rabat by Washington to annul the agreement, Morocco has fulfilled its commitments. For business wise reasons, the kingdom continued exporting Cuban sugar which was sold at a cheaper price in Morocco compared to the international market.