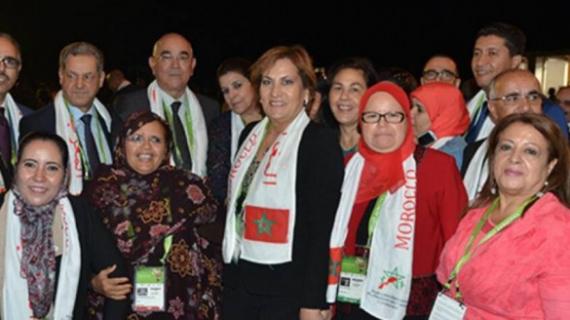 A Polisario delegation dispatched by the separatists’ unmovable leader Mohamed Abdelaziz to Johannesburg, South Africa, to attend the 7th Africities Summit, has been forced to leave hurriedly after it found itself in a ridiculous situation in front of the 5,000 or 6,000 delegates attending the African event.

The Polisario delegation, which usually does not miss such opportunities to sow discord, found its stand installed in the middle of mobile toilets.

The installation of the delegations was carried out by a Moroccan company which won the contract to organize the 7th Africities Exhibition at the Sandton Convention Centre where the summit is being held from November 29 to December 3.

Infuriated by the insult, the delegation members discussed the matter with the head of the Polisario official delegation before they packed and headed to the airport.

African delegates who were eye witnesses to the delegation’s fury commented that the Polisario has nothing to do in this African meeting dedicated to urban development and improvement of local governance standards.

The Polisario-controlled Tindouf camps are made up of makeshift dwellings and in the best cases, of houses built with adobe. Besides, half the dwellings in the camps have been destroyed in recent floods. Some delegates ironized on the kind of urban development the Polisario can realize in the Algerian desert.

Even Algerians, the mentors of the Polisario separatists, were conspicuously absent at the summit, although South Africa is one of their great allies in Africa in their fierce diplomatic battle against Morocco because of the Western Sahara issue. Some explain this absence by the austerity measures decided by the government whose reserves are depleting in the wake of the collapse of oil and gas prices. Nearly 90% of the country’s returns come from the commodity.

The Moroccan delegation to the Africities Summit and to the international exhibition of cities and local governments is made up of about one hundred members, including parliamentarians and mayors of cities from across the political spectrum.

Africities Summit is organized once every three years by the Rabat-based United Cities and Local Governments in Africa (UCLGA.)