After Saadani, Louisa Hanoune decries Algeria’s support to the Polisario 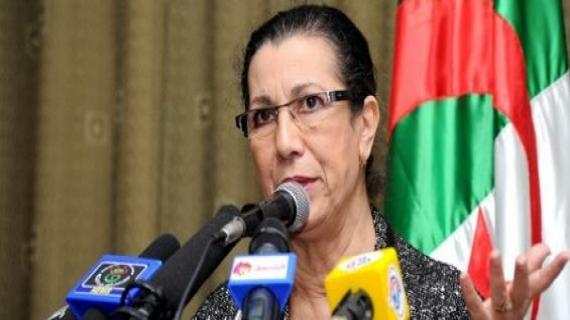 An Algerian political leader has publicly decried Algeria’s unconditional support to the Polisario Front and called the rulers to normalize relations with neighboring Morocco.

In an unusual move, the Secretary General of the Workers’ Party Louisa Hanoune broke a long-established taboo and openly attacked Algeria for its official position which is fiercely hostile to Morocco and very favorable to the Polisario separatist thesis.

In an interview with a Bahraini media, she strongly criticized the meeting President Abdelaziz Bouteflika held at the presidential palace Sunday, November 22, with the Polisario chief, Mohamed Abdelaziz.

Hanoune unequivocally asserted that supporting the Polisario “is not a priority for Algeria, now.” The Algerian government should rather “redouble efforts to lay grounds for normalizing relations with Morocco,” she said.

Hanoune’s statements came just few days after the Secretary General of the ruling National Liberation Front, Amar Saadani, who is close to Said Bouteflika, brother of the Algerian head of State, called his country to take off its hands on the Western Sahara issue. He said that the territorial dispute should be of the “exclusive” jurisdiction of the UN.

Louisa Hanoue said she was “speaking on behalf of a majority of Algerians who disapprove their government’s position on the Western Sahara issue.”

Going further than Amar Saadani, Louisa Hanoune, three times presidential candidate, openly defended the territorial integrity of Morocco, stating that she is fundamentally opposed to a separation of the Sahara from Morocco, a first in the political annals of Algeria.

She also revealed that a “part” of the Algerian political class is becoming increasingly “aware” of the danger of their country’s support to the Polisario separatist claims.

She warned Algerian authorities against the risks of contagion because if the Morocco-proposed autonomy plan is implemented in Western Sahara, this could inspire Algerian Kabyle and Tuareg movements which might demand autonomy or even independence.

The warnings apparently fell on deaf ears. Algerian rulers give top priority to the Polisario claims as evidenced by the recent public appearance of President Bouteflika after a long absence because of his illness. He was shown on TV receiving the Polisario leader, Mohamed Abdelaziz, and the UN envoy for the Sahara, Christopher Ross, currently on tour in the region, while he has repeatedly missed many activities of crucial importance to the Algerian people.