The agony of the "Polisario" is "Irreversible" 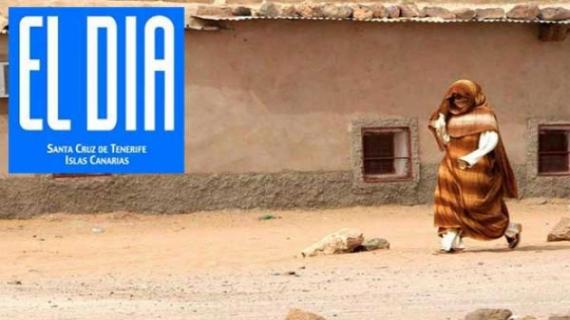 The agony of the "Polisario" is now a "Irreversible", even if some try to deny it, wrote Saturday Canarian newspaper "El Dia".

In an article by the journalist Ramón Moreno, the daily stresses that "prospective analysis of the evolution of events in Algeria, the main actor of all that is happening in the region, we conducted so unflinching a scenario that n ' is not at all favorable to the Polisario, "adding that" the last cartridge was left in the hands of the leaders of the movement was to denounce cynically alleged violations of human rights in the Sahara. "

According to the publication, the "Polisario", "despite the huge sums of money on him by Algeria, was defeated in his time on the battlefield and now in diplomacy at the UN, the forum the largest in the world politics. "

The current economic crisis in Europe has also caused "in the ranks of the Polisario, a chaotic financial situation following the suspension by several governments and NGOs in their humanitarian assistance (...), which often were not distributed to the population, but diverted to corrupt leaders of the Polisario. "

The death, recently, two leaders of the Polisario in the Tindouf camps, in "strange circumstances" only increased the sense of insecurity and uncertainty vis-à-vis the future of so-called "Sahrawi cause," the newspaper added.

The "Polisario" is a separatist movement created, hosted and supported by Algeria since 1975. This movement of mercenaries by the claim, supported by the Algerian government, the creation of an artificial state in the Maghreb blocking any solution to the conflict and all the efforts of regional economic and security integration.

Morocco is working long promotion and protection of human rights

Morocco is working long promotion and protection of human rights with the creation of regional committees of the National Council for Human Rights (CNDH) across the country, including Laayoune and Dakhla , reported Saturday Canarian newspaper "El Dia".

In an article on the 2099 resolution of the Security Council of the UN extending the mandate of MINURSO without altering the nature, journalist Ramon Moreno stressed the "efficiency" of the Moroccan diplomacy managed to dam any proposal to extend the mandate of MINURSO to include the monitoring of human rights in the southern provinces.

"This is a success of Morocco, under the wise leadership of His Majesty the King, who was able to defend the sacred interests of the Nation," which demonstrates the important place of the Kingdom of the North African scene, Arab and internationally, he added, noting that it is obvious that "the big losers in this story are prefabricated Algeria and the Polisario and various NGOs have supported this comedy defending the indefensible."

The reporter also mentions the relationship between Morocco and the United States, relations which, he said, have been strengthened since the last visit of a large Moroccan delegation to Washington.

Translated By: Polisario: Threat in the Desert