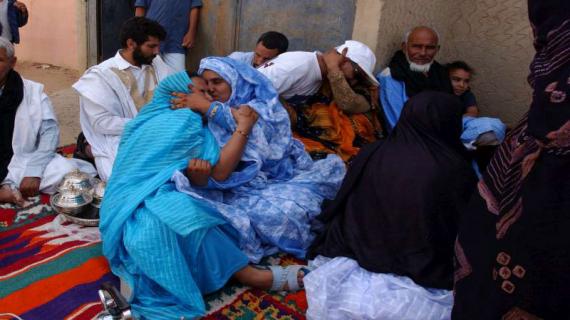 A meeting between the United Nations refugee agency, Morocco, Frente Polisario, Algeria, and Mauritania ended today in Geneva with agreement to expand a programme of family visits between Sahrawi refugees living in camps near Tindouf, Algeria, and their families in the territory of Western Sahara.

“This is a welcome step as we work together towards a solution of the Western Saharan refugee situation, so that one day, refugees may be able to go home in dignity and honour,” said Athar Sultan-Khan, Chief of Staff at the UN High Commissioner for Refugees (UNCHR).

“These families have been separated for too long, and the family visit programme allows them to meet each other, often for the first time in over 37 years. One cannot overstate the value of the deep joy and hope, which these family reunions bring,” he said.

Sahrawi refugees started arriving in Algeria in 1976 after Spain withdrew from Western Sahara and fighting broke out over its control, according to UNHCR.

The visits are a key element in a UNHCR programme of confidence-building measures that has been underway since 2004, which also includes a series of seminars to build an environment of confidence and trust to complement the efforts of the UN in finding a political solution.

Discussions took place over two days in Geneva, reaching agreement on a new flight schedule for visits in 2014, and additional seminars – with the next to take place in October this year in Portugal. Nearly 20,000 people have taken part in family visits since the programme began.

The UN has been trying to help resolve the dispute over the status of Western Sahara through the efforts of Secretary-General Ban Ki-moon's Personal Envoy, Christopher Ross.

Morocco has presented a plan for autonomy while the position of the Frente Polisario is that the territory's final status should be decided in a referendum on self-determination that includes independence as an option.

Participants at the Geneva meeting noted that the option of voluntary return of refugees to their places of origin will be key in any future political solution reached with the parties under UN auspices.