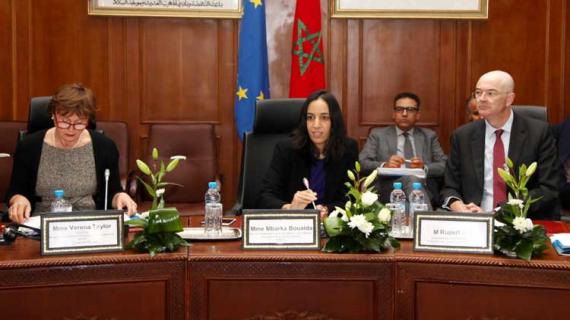 Rabat - Morocco will bar the way of its adversaries to the European court concerning the appeal procedure of the court's decision to annul the EU-Morocco agriculture agreement, said minister delegate for foreign affairs Mbarka Bouaida.

Morocco is on the right path as it has resumed contacts with the different European institutions, whether in Rabat, in Brussels or in the remaining European capitals, which enabled the Kingdom to snatch two decisions that will tip the scales in its favor, the minister told on Monday the Arab-speaking paper "Assabah".

The appeal procedure will be speeded up and the number of court magistrates examining the case will be increased from 10 to 15, said Bouaida, underlining the strong and clear support of France, Spain and Belgium which will contribute to barring the court's way to Morocco's foes.

She recalled that, since the ratification by Morocco of the EU agriculture and fisheries agreement, lobbies sympathizing with adversaries have swiftly taken legal proceedings against the EU.

For Morocco, this is not a legal matter, as some are trying to describe it, but rather a political one since products concerned by the sentence do not exceed 3% of Moroccan exports to the EU, she underlined.