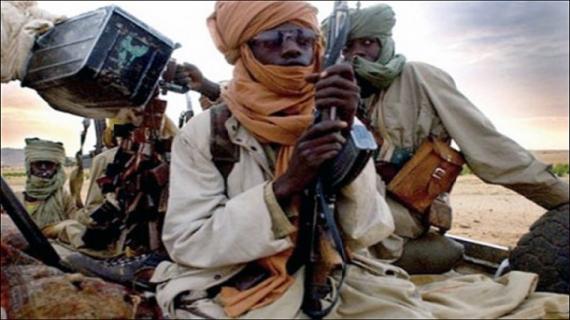 The deadly conflict now unfolding in Mali between armed Islamists and an international military coalition seems far removed from Morocco.

But with al-Qaeda working to foster ties with distant extremist circles, the active recruiting of Moroccan jihadists brings the Mali crisis perilously close to the kingdom.

In late December, the Moroccan judicial police broke up an al-Qaeda cell in Fez. The group’s goal: to “enrol and recruit young Moroccans who have embraced jihadist ideas, in order to send them to al-Qaeda in the Islamic Maghreb (AQIM) camps”, the interior ministry said.

Morocco shares no border with Mali. But that has not stopped al-Qaeda offshoot MUJAO from eyeing potential fighters from afar.

Al-Qaeda in the Islamic Maghreb (AQIM) and other regional terror organisations have intensified activities aimed at undermining stability in Morocco, the interior ministry confirmed in December.

“AQIM and its ally MUJAO (Movement for Tawhid and Jihad) are now attractive to Moroccan youth imbued with the philosophy of al-Qaeda,” the ministry said in a statement last month.

Investigations by the judicial police and the Directorate General for Territorial Surveillance (DGST) had “proven” that terror groups were targeting young Moroccans, the ministry said.

The Moroccan government’s comments came in response to a spate of successful security operations that dismantled several terror cells in just one month.

On December 26th, 27 suspects seized in Casablanca, Laayoune, Nador, Guercif and Kelaat Sraghna were arraigned on charges of sending more than 20 young Moroccans to join al-Qaeda and MUJAO in northern Mali. A Malian national was among the Morocco AQIM cell suspects.

Morocco dismantled another terror cell a month earlier. Eight members of a new Ansar al-Sharia offshoot group were arrested in Rabat and other cities for allegedly plotting attacks against government buildings and tourist sites.

Dubbed “Ansar al-Sharia in the Islamic Maghreb”, the cell was seeking “logistical support from its al-Qaeda allies in northern Mali”, the interior ministry said.

The group included a former salafist jihadist prisoner and al-Qaeda-linked activist known for expertise in explosives.

Four days earlier, police broke down another terrorist cell. The nine-member group intended to “carry out terrorist acts against public authorities”, the interior ministry said in a statement.

The cell planned to establish a training camp in the Rif mountains. The suspects allegedly intended to finance their attacks by robbing businesses in Sale, the ministry added.

This is not the first time for Morocco to dismantle cells or active networks that recruit home-grown jihadists, analyst Said El Kihel points out.

“During the Iraq war,” he tells Magharebia, “young people were recruited to fight alongside al-Qaeda, and in the case of the Sahel region controlled by AQIM, we are looking at the same kind of scenario.”

Morocco risks an increase of terrorist activity on its territory by these newly-recruited converts to the salafist jihadist movement, he warns.

“Morocco’s geo-strategic situation is an ideal rear base for al-Qaeda to carry out its plans in the Maghreb and Europe,” El Kihel says. “Especially since the Sahel-Saharan region is already weakened by border conflicts, under-development, drought, poverty and civil war.”

Some of these volunteers reportedly attended intensive training camps in Libya at the end of 2011 before being sent to northern Mali – along with a vast array of weapons snatched from Kadhafi regime stockpiles.

The Moroccan recruits were then called to fight the National Movement for the Liberation of Azawad (MNLA), as “practice” for when African military forces would eventually come after them.

The issue of al-Qaeda and related groups in Mali should be taken very seriously by Morocco, journalist Moussa El Mouritani cautions.

“Thanks to the easy traffic and the lack of border control between the neighbouring countries, AQIM over time has been able to create a solid nucleus in the Sahel for all these young jihadists,” he says.

“No one can ignore the fact that hordes of salafist jihadists, of all different nationalities, come and go as they wish in the big Sahara, kidnap foreigners, ask for ransoms, and share illegal revenue from trans-border crime,” El Mouritani tells Magharebia.

These extremist networks are a problem for Morocco because al-Qaeda leaders are so close, he adds.

“The terrorist threat is becoming permanent, but also more dangerous, because of the help and the know-how of very well-established al-Qaeda leaders all over the African Sahel region,” he says.

Al-Qaeda in the Islamic Maghreb and its allies may well be looking to destabilise Morocco, as the interior minister said last month, but according to political scientist Sami Khairi, the country’s security forces are up to the challenge. “Moroccan security services have been stronger than al-Qaeda,” he says.

It is the same story from analyst Mohamed Chaouni. “Security policies in Morocco have been quite efficient,” he says. “It is thanks to co-operation between the different services that so many terrorist cells have been dismantled.”

“This security approach has been supported by other measures, such as the implementation of development strategies, the fight against poverty, and efforts in the religious field to encourage tolerance and moderation,” Chaouni adds.

Today, he says, is all about intensifying regional co-operation and containing the expansion of terrorist activities in the Sahel. Fighting drug and weapons trafficking should be a priority.

For sociologist Samira Kassimi, however, the focus should be on Morocco’s youth. Given resources such as education and jobs, she argues, young people will not be easily manipulated by terrorist groups.