Alain Juppé supports the Moroccan position in the Sahara 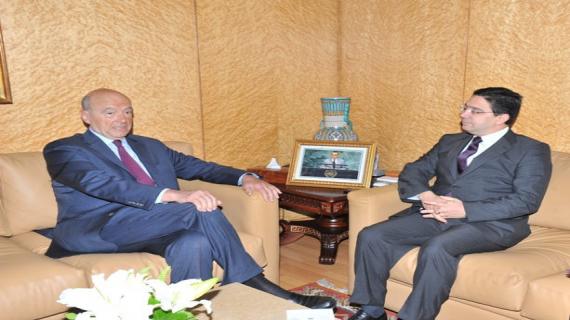 In France, politicians from across the political spectrum all agree when it comes to the Sahara issue: The autonomy plan is a realistic and credible basis for achieving a settlement. This is what has just been reiterated by Alain Juppé, candidate to the Republicans primaries.

After the Prime Minister Manuel Valls and the Foreign Minister Jean-Marc Ayrault, who both confirmed the “unchanged” position of Paris on the issue, the mayor of Bordeaux, on a visit to Morocco May 23 – 24, reaffirmed his position on the Sahara.

Alain Juppé, who is conducting a tour in the Maghreb prior to the elections, visited Algeria and Tunisia before arriving in Morocco on Monday, May 23. The kingdom hosts some 50,000 French nationals, the largest number of French expatriates in Africa.

In Casablanca, the candidate to the Republicans primaries took time to talk to journalists. And when asked about the Sahara issue, he gave a straightforward answer. “To reach a just and lasting solution, I firmly believe that the Moroccan proposal constitutes a solid basis that will solve this conflict that has lasted for over 40 years,” said the former Prime Minister.

Speaking more broadly on how he sees France’s relations with the Maghreb if he is elected in 2017, Alain Juppé said he would “give a strong impetus to a North-African partnership, where Morocco would play a key role.” Because, he said, “in these times of unrest, we must promote the Islam Moroccan style, which is unique.”

On French-African cooperation, Alain Juppé, who is at the top of the polls for the presidential elections in France, said “it is up to French companies to develop their economic relations with Morocco, to take advantage of its potential and of its African network,” describing this network as “an unparalleled springboard.”