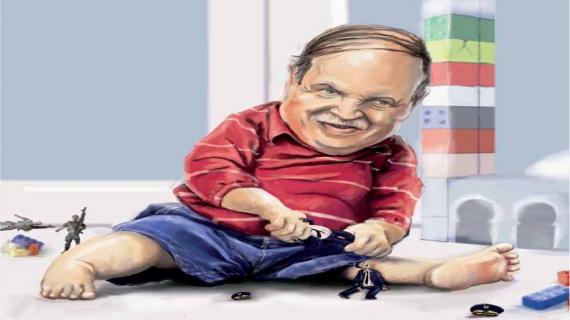 An Algerian court on Sunday refused to release on bail a blogger held for nearly a month for posting cartoons on Facebook lampooning the president, his lawyer told AFP.

The judge in Algiers "refused to release Abdelghani Aloui," Amine Sidhoum told AFP, adding that he would appeal against the court's decision.

The 24-year-old blogger has been held since September 25 and is due to stand trial for "contempt" and "defending terrorism" after posting cartoons mocking President Abdelaziz Bouteflika and Prime Minister Abdelmalek Sellal on his Facebook page.

He has also been charged with "attacking the person of the president," according to his lawyer.

The charge of "defending terrorism" relates to the fact that he was "in possession of a scarf on which was written the phrase 'There is no God but God'" Sidhoum said earlier this month, referring to the Muslim declaration of faith.

In June 2012, another blogger received an eight-month suspended jail sentence and a 1,000 euro ($1,350) fine after calling on the Internet for a boycott of Algeria's parliamentary election.