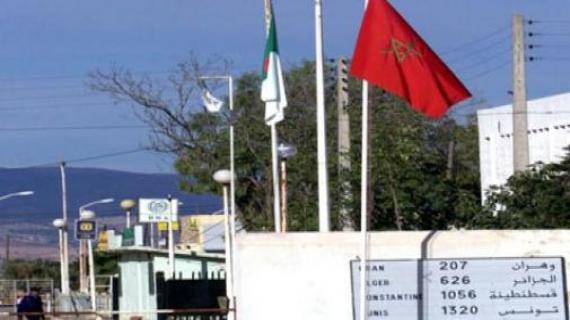 Algeria hides objective truth to favor the regrettable status quo, a statement by the Foreign Affairs Ministry said on Saturday.

Morocco notes that the reaction by the spokesperson of the Algerian foreign affairs ministry hides any reference to the main cause behind the recent Moroccan clarification statement namely the refusal of the principle of introducing and setting, unilaterally, terms for opening land frontiers, the source said, adding that the rules of good neighborliness, the requirement of cooperation and the citizens’ right to free movement are international values which cannot be dependent on baseless political tricks.

Insisting on the alleged defamation campaign led by political leaders, MPs, media representatives and NGOs shows this disorientated approach, it said. It concerns everyone’s right to free speech particularly on basic issues of the country. It is also the so-called trafficking development which should justify a fruitful cooperation between the authorities of both countries instead of turning into a condition and a prerequisite.

More significant are the terms used and the logic advocated regarding the regional dispute over the Sahara, it said, adding that accepting the separation between bilateral ties and the Moroccan Sahara issue never meant that Morocco is obliged to conform to the line of Algeria or hide objective elements of this regional conflict.

For the Moroccan people, unanimously, and its lifeblood, Algeria is a party to this artificial dispute, said the statement, noting that its historical and current responsibility, diplomatic implication, political and institutional mobilization and humanitarian responsibility are crystal clear. The international community is a permanent witness, the different reports by the UNSG confirm this and the latest UNSC resolution says that, the same source said.

The agreed separation means rather that every party can freely defend its position on the issue while striving in parallel for the normalization of ties of neighborliness.

The Sahara issue is a fundamental national matter to which all the Moroccan people are deeply attached unlike the Algerian people who express other ambitions and concerns over other national and Maghreb issues, it underlined.

For all these considerations, Morocco regrets greatly that Algeria overlooks all the objective truth to justify its will to artificially keep the regrettable status quo by such conditioned approach, it concluded.