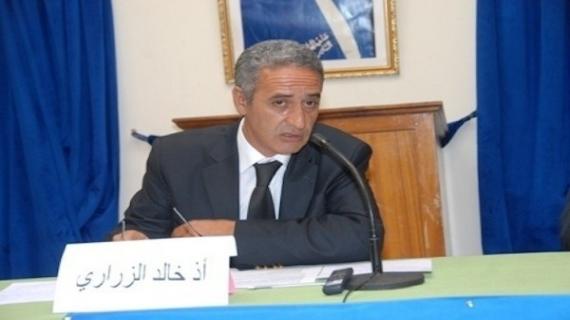 Moroccan activist and vice president of the World Amazigh Congress was arrested by Algerian police in Tizi Ouzou.

Khalid Zerrari was subject to deportation proceedings by Algeria, while participating in the march of the Movement for the Autonomy of Kabylia (MAK), organized on the occasion of the celebration of the "Berber Spring" the Moroccan activist  and a large number of demonstrators Kabylehad been challenged by the Algerian police.

According to the website All information on Algeria, citing local sources, Khaled Zerrari, vice president of CMA was arrested and then quickly deported to Morocco.

Marches were held on Saturday in Tizi Ouzou at the call of the MAK and the opposition RCD party to celebrate the 33rd anniversary of the "Berber Spring".