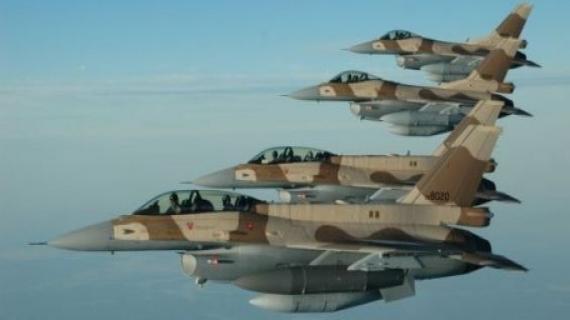 With 6.2 percent of the continent’s arms imports between 2011 to 2015, Uganda trailed at third place behind Algeria (30 percent) and Morocco (26 percent).

The report said that though Algeria’s arms imports in the 2011-2015 period have decreased by 18 percent when compared to the 2006-2010 period, several major deliveries are scheduled in the next five years that may derail this trend. The deliveries include two frigates, also known as warships, from China, two frigates from Germany, and 190 tanks, 42 combat helicopters, 14 combat aircrafts, and two submarines from Russia.

Arms imports for Morocco increased by 528 percent in the 2011-2015 period when compared to the 2006-2011 period, but remained lower than Algeria’s levels. In contrast to Algeria’s pattern of increasing arms purchases, at the end of 2015, Morocco’s only scheduled delivery consisted of 150 tanks from the United States.

Exporting a third of the world’s weapons, the USA was the world’s largest provider of arms in the examined years. The presence of American arms was limited in Africa, however, where 34 percent of weapons imports come from Russia, 13 percent from China, another 13 percent from France, and 11 percent from the USA.

In the Middle East, more than one-fourth of imported weapons went to Saudi Arabia and 18 percent went to the UAE. The report linked increased imports in the two states and its allies, namely Qatar and Egypt, to their ongoing intervention in the Yemeni civil war.

Saudi Arabia alone is expecting the delivery of over 150 combat aircrafts, thousands of air-to-surface missiles and anti-tank missiles, and armored vehicles from at least four different countries in the next five years.

Several factors led to the increase of arms imports in the Middle East, SIPRI’s analysis said. The USA lifted a partial ban on weapons exports to Egypt, which led to a sharp rise in weapons destined for the country in 2015. The international war against the so-called Islamic State in Iraq led to the import of hundreds of armored vehicles from the USA and several combat aircrafts from the USA and Russia.