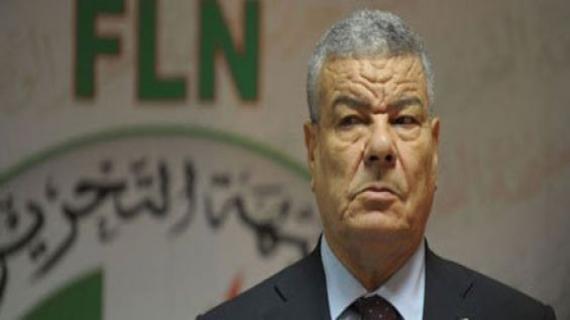 Unlike the reaction of Algerian foreign minister Ramtane Lamamra, who described the King’s speech as the “Politics of megaphone,”

In an unusual move, Saidani was very composed and calm when he responded to a reporter calling for a “review” of the Sahara issue, saying that he “does not wish to cause any problems, but a day will come when he will say what he thinks” about the so called the Western Sahara.  The reporter was from Ennahar TV, one of the most anti-Morocco news channels in Algeria.

When the reporter interrupted him to ask, “when?”  “Not now,?” he responded before adding, “My opinion will not please everyone, and I do not want to cause any trouble.”

In Morocco, people have grown accustomed to the Algerian regime’s anti-Moroccan policies with regards to its territorial integrity, but are we witnessing a change of heart in Algeria?  Will Said Bouteflika be the unsung hero in this saga that has lasted for more than 40 years?

Amar Saidani will never be able to express an opinion contradictory to the regime. Otherwise, that will be his end as was the case of many before him.

The firing of the Algerian secret service chief, another archenemy of Morocco, can only be a good sign for the future of the Moroccan-Algerian relations.

Was Morocco’s call for the Kabyle’s independence a turning point?

One thing is sure, the Illness-stricken president, who many believe can no longer govern, has apparently decided nevertheless that he will die in office without ever mending fences with Morocco. What no one knows is, will his brother be the one who will bring about change and fulfill the wish of millions in the Maghreb?

Let us hope and pray that Algeria has gotten tired of the discord and realizes that it would benefit from a united Maghreb where all are prosperous and free from the fog of war.

All it takes is one man to have the courage, and this man may very well be Said Bouteflika. It may be wishful thinking, but we can always hope.