Algeria :Mourad Medelci complains of criticism by the Moroccan press 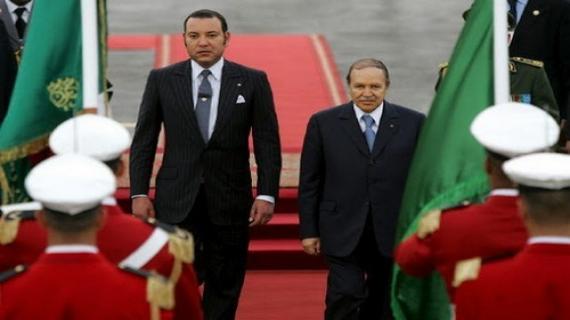 Algerian Minister of Foreign Affairs Mourad Medelci has accused the Moroccan press of seeking to undermine the will for reconciliation which has been expressed  by the Moroccan and Algerian states.

"This is an issue that we discussed with our Moroccan brothers in an extremely serene manner. We made an observation about the effect the atmosphere created by the Moroccan media .. is in contradiction with the political will of Morocco and Algeria to move forward, "said the minister to the microphone of Algerian National Radio.

Medelci, for the occasion, claimed that these criticisms by  Moroccan media of Algeria coincided with the visit to the region of the Personal Envoy of the Secretary General of the UN on the issue of the Sahara, Christopher Ross.

On the issue of open Moroccan-Algerian borders Mourad Medelci, rejected  that it is Algeria that has dodged the question of closure saying that "this is a bilateral issue and is bilaterally that we will find the path to the solution of this issue. "

As for sports, Algerian Islam Khoualed who has been sentenced in Morocco for the rape of a young Moroccan boy, Mourad Medelci said that "Algeria does not intend to challenge the sovereignty of  Moroccan justice," adding it is the latter to "pronounce."