Algeria orders Polisario to cease return of Sahrawis from camps to Morocco. 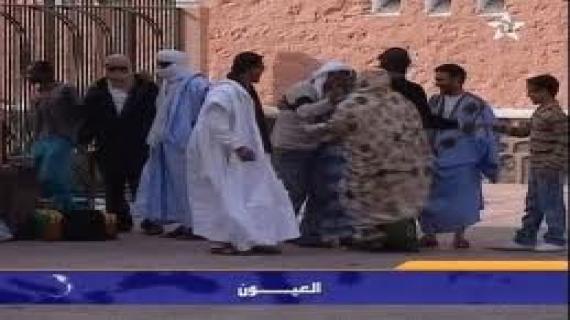 Nouakchott: Activist Bekkay Ould Hammattou reported in a study commissioned by the Algerian secret services, which tries to understand the uninterrupted flow for years from the Sahrawi camps to Morocco.

When the UN envoy Christopher Ross is on tour in the region, drawing in its wake, the global media spots on the Sahara, the Algerian government has urged the Polisario to work  to end  the flight of Sahrawi groups from the camps to Morocco.

This phenomenon was more pronounced after the establishment by the UN of the exchange program of family visits between the kingdom and the camps in southern Algeria, which is embarrasing the Algerian government says activist Bekkay Ould Hammatou. The Algerian government spends lavishly for his propaganda, which depicts Morocco as a hell for Human Rights.

Indeed, Algeria can no longer explain abroad,thisdepiction of Moroccoit  presents,  which nonetheless remains highly attractive to the Sahrawi  in the camps, who chose to flee to it, despite the embargo imposed  by the Algerian-Polisario militias.

Hammatou Ould  conducted a study for the Algerians which this activist, described as unprecedented.

He provides according to him, an  cup analytical service performed in Algerian camps, trying through it to understand the sharp decline of the power of the Polisario and the unraveling of its influence on the Sahrawis.

The non-Sahrawis run the Polisario.

Bekkay Ould Hammatou indicated that among the strongest findings of this Algerian study  was that  tribal  power which is a major social force in the camps, is the Rguibat Lebihate tribe.

In fact, this tribe, since the creation of the Polisario, formed the bulk of the quota for militia fighters in the social order of the camps, says Ould Hammatou , this tribe has always been the unloved power of Algeria because he said, in addition to having been the one who led the anti-Polisario uprising in Tindouf in 1988, it represents the real Sahrawis against foreign minorities in the southern provinces, Algeria has manipulated them to ensure loyalty and service its interests.

Its non-Muslim  sahrawi minorities indicates Bekkay Ould Hamatou are spawning Polisario separatists and some from inside Morocco, like Aminatou Haidar or Tamek, who do not originate from the Sahara region  one is from Tata and the other is from Zag.

Thus, considering themselves Rguibat Lebihat  as real Sahrawis, and because they see themselves  as marginalised in the camps, in numbers, for individuals or entire families were the most, to return to the kingdom  answering the call from the late King Hassan II: "The nation is clement and merciful."