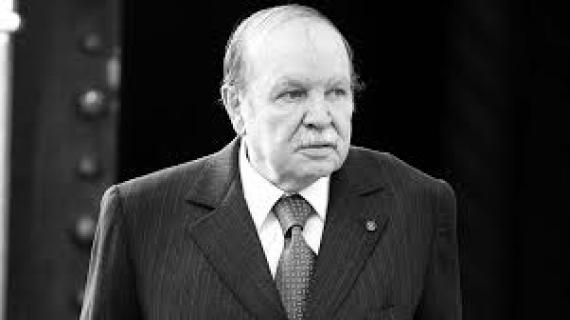 The North African country suffering from a dangerous political vacuum with the absence of President Bouteflika, due to ailment, faces an uncertain political and security future with no apparent successors, restless military and meek political institutions.

In an update on the Algerian President’s health, the French magazine le point described Bouteflika’s condition as critical and deteriorating. Citing several sources, Le Point reported in its Saturday edition that "Contrary to official information distilled in dribs and drabs, the health of president Abdelaziz Bouteflika is not going to improve. “He arrived to Paris in very grave state ", confirmed a senior French official to LePoint.fr.”

The DRS boss has ruled Algeria form behind the scenes since the late Eighties, according to former Algerian military officers.   By creating a web of alliances that prompted him to the status of the most powerful man in Algeria, General Mediene has amassed secret dossiers on high-ranking officials in Algeria. Ruthless, shrewd and canny, Toufik handpicked and “manipulated” Algerian Presidents since the 1992 “coup d’état”. The assassination of Algeria’s war hero President Boudiaf was a lesson for all who dared to cross the illusive spymaster.

With conflicting reports by Algerian authorities on the health of their leaders, observers have suggested that the decision by the United States to deploy a “crisis-response force for Africa’ to an air base in Spain, is a sign of imminent upheaval in that country. While not confirmed by the US, the newly arrived forces will be stationed in Morón and should  assist in the evacuation of Westerners from  Algeria in the case a collapse of law and order in that country.

General Mediene has been the mediator who referees between different security agencies and high-ranking military officials who control lucrative import-exports markets and contracts. Without his iron fist rulings, internal rivalries will emerge and Algeria’s leaders will turn their sights on each other creating the perfect storm for armed groups and extremists to flourish and expand their presence from Libya and Tunisia to Algeria threatening Morocco and Mauritania.  Toufik, who outsmarted high-ranking officers of the likes of Larbi Belkheir and Smaïn Lamari among others, is a feared legend among ordinary Algerians who worry about their security when he is gone.

While General Mohamed Liamine Mediene’s biography, history, and power are shredded in secrecy, his impact and influence on Algeria’s past and present are, without a doubt, unparalleled. Toufik, reportedly seventy-three years old, is the most influential Algerian personality alive today and probably the dominant figure of postcolonial Algeria, notwithstanding the legacies of the late Presidents Boumediene and Ben Bella.

Facts about Toufik, including his photo, are rare to come by and hard to verify, However, the harmony within the different fractions of the Algerian Armed forces and  among the competing security agencies in the past 20 years  is a testament to the existence of a centralized figure with far reaching powers. Thus, his absence will be felt across Algerian society and will have ramifications beyond the region.

With two key leaders ill and no apparent heirs in either institution, the political and security conditions in Algeria will further deteriorate leading to a security nightmare in North Africa and the Sahel. If President Bouteflika has been sick and unable to govern for sometimes, General Mediene has been active and involved in making critical national security and domestic political decisions regarding Algeria’s role in Mali and relations with the new governments in Tunisia and Libya.

Algeria’s decision to support France in Mali and the DRS investigation of the pro-Bouteflika clan involvement in Sonatrach (the state energy firm) bribery scandal are the hallmarks of Toufik’s spy crafts.

On security issues, Toufik's illness will weaken Algeria’s critical “role” in supporting Western Intelligence agencies in the Sahel and the Sahara and will slow down American plans for fighting The Al-Qaeda in the Islamic Maghreb.

On the political front with less than a year until presidential elections, the absence of the DRS Chief will make the way for a political transition harder and dangerous with different clans vying for influence over the next President who will be effectively chosen by the Military establishment.

No one can downplay General Mediene control over political, economic and security events in Algeria. In the absence of young officers ready and positioned to take the helm of power in Algiers once the ‘”Oujda Clan” and the Mediene  generation “die”, The future of this North African nation looks bleak.