Algeria slams Benkirane’s statement on the Sahara and Mali 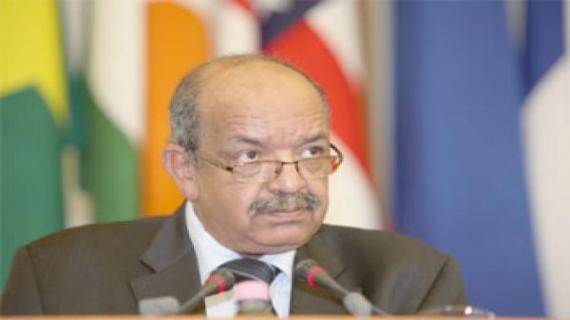 Yesterday, February 26, Amar Belani, spokesman of the Algerian Ministry of Foreign Affairs, responded to the statements made by the head of the Moroccan government, Mr. Benkirane, in his recent interview with the French press, especially to his statements on the Sahara issue and the French intervention in Mali.

In a statement he made to the Algerian newspaper “Achorouk,” Belani did not mind describing Benkirane’s statements concerning the Sahara issue as not only “stemming from a trivializing analysis, but also from a deceptive and artificial reasoning.” Belani also insisted that the Sahara territory is not under a dual dispute between Morocco and Algeria, but is “rather the responsibility of the United Nations alone.”

Furthermore, according to the Algerian “Achorouk,” Bleni affirmed that Algeria renews its firm commitment to applying the principles of the United Nations concerning the Sahara issue, and that it is determined to keep supporting the international community “to promote a solution on the basis of self-determination for the Sahrawi people.”

The head of the Moroccan government’s statements on the French intervention in Mali, who rationalized this intervention stating that it is “mainly because of the lack of cooperation among countries in the region, especially the Morocco-Algerian ongoing concern with the Sahara issue,” is perceived to be the reason why the Algerian Foreign Ministry rushed to make its point clear in the press, as a response to Benkirane’s interview with the French TV channel.