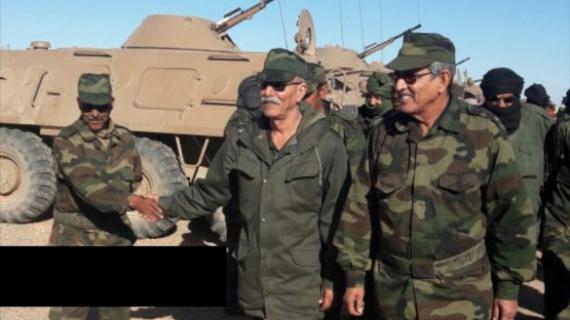 The Algerian government, which no longer hides its belligerent attitude towards the Moroccan neighbor, chose this phase of tension in the region of Guergarate to make an important arms delivery to the Polisario, as a means to encourage the separatist front to persist in its escalation against Morocco.

The attitude of the Algerian regime can only be explained by the scathing failures that its diplomacy and the Polisario have suffered in recent months at the UN, as well as on the European and African chessboards.

According to analysts, Algiers and the Polisario expect the worst is still to come with the departure of the South Korean Ban Ki-Moon and his replacement by the Portuguese Antonio Guterres at the head of the UN, considered a friend of Morocco. The departure of Christopher Ross who had clearly aligned himself with the Algerians in the Sahara conflict adds to the disarray of the Polisario and its mentors.

Actually, Ross had already notified the UN Secretary-General of his decision to resign from his position as mediator before the end of his mandate, scheduled for the end of March.

If Ross’s departure is a source of worry for Algiers, for Rabat it is surely good news as it has for long considered Ross as part of the problem rather than a facilitator of negotiations. The American diplomat remained very close to Algeria, where he served as US ambassador from 1988 to 1991.

His biased attitude is partly behind his failure in his mediation for the political settlement of the Western Sahara issue. Actually, He did not score any progress since his appointment in 2009.

He committed several blunders and so did his boss Ban Ki-Moon, who instead of abiding by the neutrality principle as required by his duties as UN Chief, went as far as calling “occupation” the Moroccan presence in the Western Sahara, a jargon used only by Algerian leaders, Algerian media and their protégé, the Polisario.

At present, the Algerian regime and the Polisario are cornered. They resort to provocative acts and brandish the threat of a new regional armed conflict in a vain attempt to pressure the United Nations and the Security Council to bring Morocco to the negotiating table. The withdrawal of the Moroccan army from the Buffer Zone of Guergarate and the visit of the head of MINURSO Kim Bolduc in Tindouf did not calm down the belligerent feelings of Algeria and the Polisario.