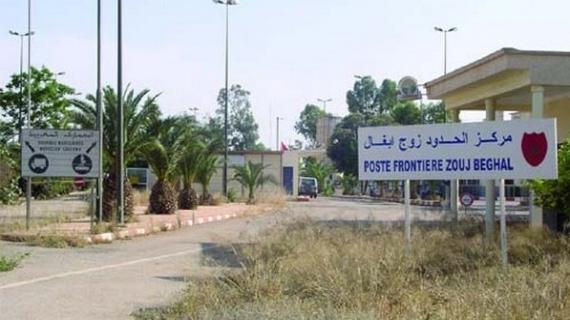 The crossing at Zouj Beghal, saw a caravan of ten vehicles cross into Algeria that was exceptionally authorised by the Algerian Authorities to enter from their territory from the the territory of the Kingdom of Morocco.

A large security apparatus was deployed on the Algerian side on this occasion. Police and men in uniforms of all colours, were seen on the Algerian side of the border centre, also known as Colonel Lotfi border post,  to receive the caravan of vehicles loaded with aid which is destined for the Palestinian territories.

The caravan wass led from Europe by 22 people, Including a U.S. citizen, three Kurds and British citizens.

It will continue on  its way to Palestine, via Algeria, Libya, Egypt, the Sinai and Gaza.