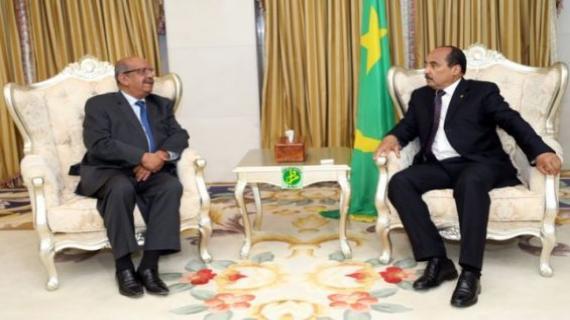 Algeria is trying hard to be part of the security cooperation set for the Sahel region. Morocco’s eastern neighbor has accepted the French and American military presence while refusing the Kingdom’s contribution. As a result, Algeria has launched an operation to resurrect the Tamanrasset Cooperation. Details.

On the 18 of September at the United Nations headquarters in New York, the Moroccan Minister of Foreign Affairs, Nasser Bourita, offered to train G5 Sahel forces, sponsored by France. The Kingdom promised to logistically and military support the G5 countries namely Burkina Faso, Mali, Mauritania, Niger and Chad. Bourita indicated during the inter-ministerial meeting on «Security and Development in a Francophone Solidarity Region», that his country will take care of the troops by securing borders.

A few weeks after Bourita’s announcement, Algeria reacted to Morocco’s proposal. The Algerian Foreign Minister, Abdelkader Messahel went on a tour to the Sahel countries, carrying a message sent by the Algerian president, Abdelaziz Bouteflika to his Mauritanian, Chadian, Nigerian and Malian counterparts. Messahel made a stopover yesterday, October 12th, at the Mauritanian capital where he met President Mohamed Ould Abdel Aziz. The situation in the Sahel was at the heart of the meeting that brought the two men together.

«Regionally, our meeting allowed us to review the situation in the area, especially regarding the fight against terrorism, drugs, organized crime and migration. These are issues that require more coordination between the countries in the zone», he told the Mauritanian news agency.

The Algerian delegation’s main objective behind visiting Chad is giving life to the Tamanrasset cooperation. The Minister of Foreign Affairs arrived yesterday in the N’Djamena. His mission consists of meeting Idriss Déby, the Chadian president. Messahel is also expected to visit Niamey and Bamako.

Mauritania, Chad, Niger and Mali, together with Algeria established the Tamanrasset Coordination, launched in 2010 by Algiers to fight against terrorism in the Sahel seeking no international support. By sending his Foreign Minister, the Algerian president is looking forward to bring the cooperation to life after years of stagnation.

France’s initiative to launch the G5 is set to fill the gap when it comes to security in the Sahel region. Nevertheless, the countries are also struggling with finances as contributors are not jostling to help the states of the Sahel.

In addition to the ambitions of the Kingdom and the creation of the G5 Force, Algiers is forced to accept the presence of the American units in the Sahel. Last week, three American soldiers were killed in Niger during an anti-terrorism raid.