Algeria: The Tuaregs want a quota of positions of responsibility 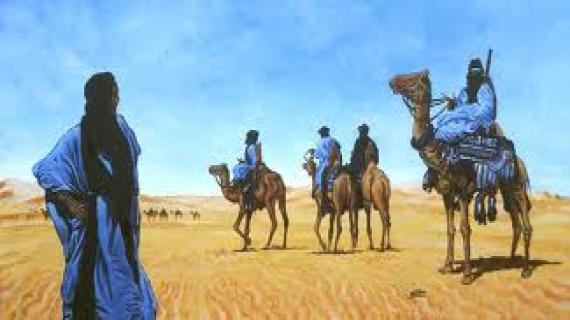 In a letter to Algerian President Abdelaziz Bouteflika theTuareg require to be represented in government through a quota of ministerial posts, and administration positions in senior positions.

According to a statement adopted Friday after a meeting of leaders of the Tuareg tribes with Amenokal (chief elected by the tribal elders) Ahmed Edabir, in Tamanrasset, 1,900 kilometers south of Algiers, the Tuareg call for "the revision of the entire structure of employment assistance for the rehabilitation of the specificity of the region, including its distance and to ensure that local officials manage these aids. "

"The events experienced by countries in the region forced Algeria to strengthen national unity and to deal with all internal and external threats," stressed the Tuareg, referring to the conflict in Mali, with which Algeria shares a long border.

On March 11, the Algerian government announced that companies in the South should recruit primarily from local labor, in an attempt to appease the anger of unemployed youth who demonstrated in several departments of this region, particularly Ouargla, near the oil area of Hassi Messaoud

The Algerian youth unemployment is hard. According to the IMF, 21.5% under 35 are unemployed, against 10% for the entire population.

The situation of young people is even more difficult in the South, this marginalized region where many workers are employed from the North and abroad.