Algeria under fire over raid as fears mount for hostages 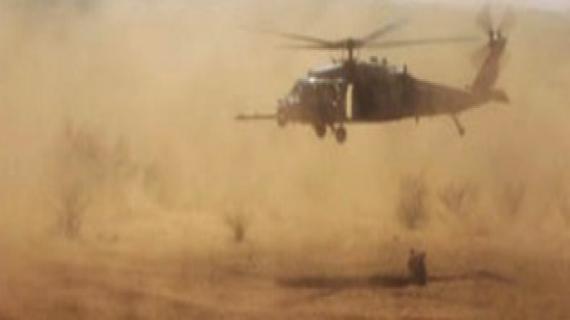 Algeria came under mounting international criticism on Friday as fears grew for dozens of foreign hostages still unaccounted for after a deadly commando raid against their Islamist captors at a desert gas field.

Algerian Communications Minister Mohamed Said said Thursday’s air and ground assault freed a “large number” of hostages, but Algerian news reports said nearly 600 of those rescued were Algerian workers but just a handful were among the 41 foreigners reported seized.

Britain said the “terrorist incident” was still ongoing after Algerian officials acknowledged that while they had recaptured a housing compound at the In Amenas field, the gas plant remained in the hands of the militants.

Japan’s foreign ministry summoned the Algerian ambassador to demand an explanation as foreign governments said they had received no advance warning of the Algerian decision to try to end the hostage-taking by force.

The Islamist militants had seized hundreds of hostages at the field deep in the Sahara on Wednesday, purportedly to avenge a French-led offensive in neighbouring Mali.

Algerian officials said soldiers were still surrounding the site’s main gas facility, which was yet to be secured.

Japanese plant builder JGC said it had confirmed the safety of three of its Japanese staff and one Filipino employee, but the whereabouts of 74 other staff, 14 of them Japanese, remained unknown.

Japanese Prime Minister Shinzo Abe cut short a visit to Indonesia to deal with the crisis.

Two British hostages were reported freed but as many as 20 more were reported unaccounted for. London said it feared the worst, as Prime Minister David Cameron cancelled a planned keynote speech on Europe.

“The terrorist incident in Algeria remains ongoing,” a Foreign Office spokeswoman said. “But the prime minister has advised we should be prepared for bad news.”

One Briton had already been confirmed dead in the original hostage-taking.

Norway’s Statoil, which operates the field along with British oil giant BP and Algerian energy firm Sonatrach, said eight Norwegian staff remained unaccounted for, while a ninth was safe but had been wounded.

France said two of its nationals had returned safe but that it had no word on two others reported to have been among the hostages.

One man from Northern Ireland escaped. According to his brother, Stephen McFaul fled when the convoy in which he was travelling came under fire from the army, and had earlier “had explosives tied around his neck.”

The kidnappers said 34 captives had died in the assault, but this was impossible to confirm. They told Mauritanian news agency ANI they would “kill all the hostages if the Algerian forces succeed in entering the complex”.

Foreign governments said Algeria gave them no prior warning of the raid. A senior US official said Washington “strongly encouraged” the authorities to make the hostages’ safety their top priority.

The Japanese government said the army assault was “regrettable” and that it was receiving no clear information from on the ground as Algerian officials maintained a public silence on Friday.

The British prime minister was not given prior warning of the Algerian army offensive, and would have preferred to have been consulted, his spokesman said.

The chief hostage taker, Abu al-Baraa, had told Al-Jazeera television: “We demand the Algerian army pull out from the area to allow negotiations.”

But Algeria insisted it would not negotiate with “terrorists”.

Oil prices turned higher in Asian trade on the unrest in the North African producer with benchmark Brent North Sea crude for March delivery up 16 cents to $111.26.

Algerian gas deliveries to Italy fell by 17 percent after production was halted at In Amenas, a spokesman for Italian transport group Snam said, but analysts said the crisis was unlikely to threaten European supplies too heavily.

The hostage drama dragged Algiers and Western powers into the Mali conflict, taking the spotlight off French and government troops battling the Islamists in control of the country’s vast desert north.

The Malian army has retaken the central of Konna, which had fallen to Islamists advancing from the north and sparked French military intervention, the military and a regional security source said on Friday.

The UN special envoy for the Sahel, Romano Prodi, said the French air and ground intervention in Mali was the only way to stop Islamists creating “a terrorist safe haven in the heart of Africa.”

On Thursday, more French troops poured into Mali, boosting their number to 1,400, Paris said. At full strength the force will reach 2,500 soldiers.