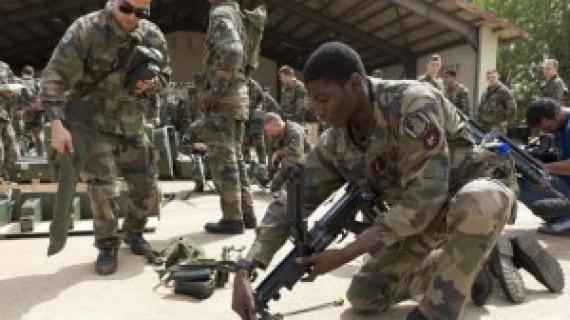 The Algerian army opened fire on vehicles as Islamist gunmen tried to move their hostages from a gas plant, the Irish foreign minister said late Thursday after speaking to the wife of a man who escaped.

The hostages were forced to wear explosives as they were moved from the In Amenas facility, foreign minister Eamon Gilmore said after a conversation with the wife of Stephen McFaul, a man from Northern Ireland who has an Irish passport.

Gilmore told CNN that it was his understanding from the account that the Algerian army intervened when the kidnappers attempted to move their captives in a convoy of vehicles.

“The kidnappers attempted to move their captives by convoy. The Algerian authorities, it would appear, attempted to stop that from happening and in the ensuing confusion Stephen McFaul escaped and was brought to safety,” he said.

“The information that I have is that there were five vehicles involved; four of those vehicles were hit.

“The vehicle in which Stephen McFaul was, was not hit and he managed to get away, but as I said it’s still at a very early stage and we’re still assembling the information,” Gilmore said.

“I have been told at the stage where they were being transported explosives were strapped to them.”

It is expected that McFaul, a 36-year-old electrical engineer, will return to Northern Ireland on Friday.

There is mounting international criticism of the way the Algerian government mounted the attack on the plant, amid reports that many foreign hostages may have been killed in the assault.