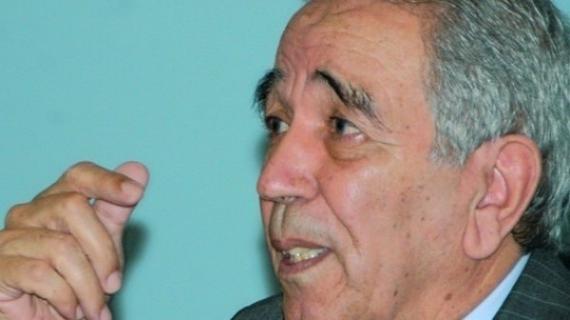 Daho Ould Kablia, Algerian Minister of the Interior and Local Government, invited by Rabat for a meeting of interior ministers of the AMU, said that Algeria supported separatisms in principle, considering the legitimate rights enshrined in the UN

"Algeria has always supported the principle of self-determination as agreed in the resolutions of the UN and its Security Council."

Thus Daho Ould Kablia said , concerning the Sahara issue, at a joint press conference of interior ministers of the countries of the Arab Maghreb Union (AMU), held at the end of their meeting in Morocco.

Ould Kablia provoking his Moroccan hosts in Rabat declared that his country supported the separatism in the Sahara, before contradicting himself by claiming immediately after the Council of Ministers Maghreb that Algeria "is not a party in the Sahara ,a conflict with two opposing sides, "he manipulated.

He added that his regime "harbours no ambition in this issue as it is the responsibility of the UN."

Thus the Algerian Minister continued in the contradiction of his remarks that at the onset of the conflict, "Algeria has loudly proclaimed its respect for the principle of the right of people to be separate and self-determination" , arguing that the solution to the Sahara is to be found in the framework of the UN.

CLOSED BORDERS AND THE  MOROCCAN PRESS 'ENEMY'  OF THE ALGERIAN REGIME

Asked about the issue of reopening the land borders between Algeria and Morocco, the Algerian Minister stressed that this was "very important" it require,d however, he said, "certain provisions including several outstanding issues" .

He assured that "these issues are not political, but related, among others,to residence, ownership and circulation."

"We must find mechanisms to prepare for this issue to be addressed in a comprehensive way," he said, stressing "the need for an enabling environment."

Daho Ould Kablia noted that "the presence in Morocco of the Algerian Interior Minister, after several years of absence was a strong signal" to resume the dialogue with his Moroccan counterpart, Mohand Laenser, whom he met in recent times, in different capitals.

He also regretted the way Algeria is treated in the Moroccan press, saying that it adds fuel to the fire.

On the other hand, a question about the abusive arrest of a Moroccan citizen in the person of Khalid Zerari on Saturday at Tizi-Ouzou, Daho Ould Kablia said that he "came into Algeria as a tourist, has participated in an unauthorized march organised by a movement that preaches the secession of a part of the Algerian territory. "

"He was arrested and should have been, by the acts brought to justice," he said, adding that "instructions have been given for him to be put on the first plane" to Morocco and allowed access to Algerian territory.

"An alien has no right to come and support an unauthorised demonstration. He violated Algerian law, "launched the Algerian Minister aggressively.