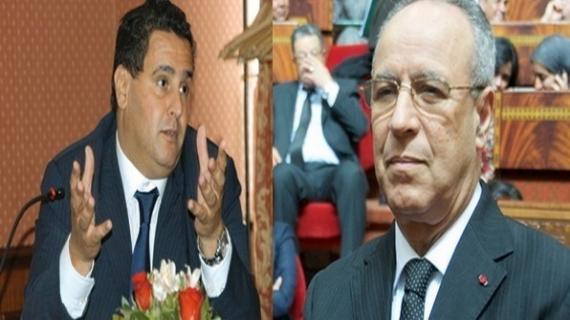 Aziz Akhannouch, Minister of Agriculture and Ahmed Taoufik, Minister of Habous and Islamic Affairs, have postponed indefinitely, scheduled visits by them in Algeria.

The government of Abdelilah Benkirane was accused by the Algerian press of wanting to punish Algeria for its financial support and arms to separatists in the southern provinces.

Thus, the daily close to  circles of the Algerian authorities, Echorouk, alleged that the ministers of agriculture  Aziz Akhannouch,and Ahmed Taoufik,Islamic affairs have de facto cancelled visits to Algeria, they would have made, in the coming days.

The Algerian newspaper quoted an Arabic radio station, claiming that Morocco is to punish the Algerian regime for funding anti-Morocco lobbying in the U.S., which almost caused a breakdown in relations with the kingdom, its U.S. strategic ally.

Echorouk also claimed that the Embassy of Morocco in Algiers, would have made notes of the Moroccan ministerial visits of the Algerian Minister Mourad Medelci.