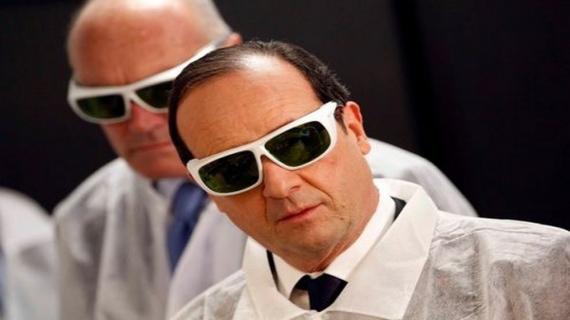 Algiers: The visit of French President Francois Hollande to the kingdom, seems to go very wrong in the intricacies of the Algerian government to the point that the press close to it runs to warn the French president that Morocco is in dislocation.

The opposition march against government policies, which took place last Sunday in Rabat , an action altogether expression of democracy was as usual misunderstood in Algeria so foreign to democratic practices, so that the government and the media have made it seem like an insurrection leading to a fraying of Morocco's institutions.

The Algerian daily El Watan reproduced these dictated ideas writing that "the visit of Francois Hollande in Morocco comes at a time when the country is facing a growing deterioration of socio-economic climate," justifying its argument by pointing to the demonstration of several thousand workers at the call of the Democratic Labour Federation (FDT) and the Democratic Labour Confederation (CDT).

The newspaper also relayed the attacks of Algerian authorities against France, bitterly reproaching it for his support in terms of autonomy in the Sahara, advanced by the Kingdom as a final solution to the Sahara conflict.

Thus El Watan wrote: "The French authorities have stronly argued that whilst France relies on UN resolutions to the conflict in Western Sahara, the fact remains that they have clearly sided with the autonomy plan that Paris calls a serious basis for negotiation, where Rabat has exerted long standing diplomatic pressure. Is this not a way to put pressure on the Secretary General of the UN, as his special envoy Christopher Ross leaves the area the same day Hollande makes a state visit to Morocco? "

Another Algerian newspaper wrote in the same way, 'L' Expression', complained "Whether socialist or right, all the presidents who had succeeded to the Elysée have adopted the same line as Rabat. "

L' Expression accused France of double talk, wondering if Hollande would finally take a decision that would bring hope to Algiers: " Will the tenant of the Elysee help to open a qualitative episode in resolving the issue Sahara, or will he, like his predecessors, yield to pressure from lobbies? "the paper concludes.