Algerian press: "In Morocco, François Hollande has hurt the Algerians" 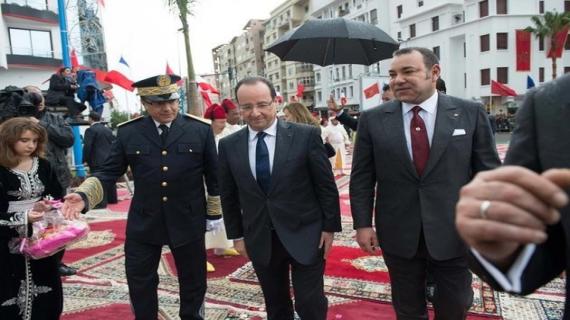 "Hollande stabs Algeria in Morocco" title of the headline in Echorouk, regarded as the "spokesman" of the Algerian generals. The site accuses Hollande of "misleadingand stabbing Algeria," it felt that he did not "respected the objectivity promised" on the Sahara issue, since he has secured the support of France for Morocco's autonomy Plan for the Sahara.

Moreover, Echorouk had not "digested" the high rate of economic agreements between Morocco and France stating that the outcome of the visit to Morocco by Hollande provides an enhanced Rabat-Paris axis.

For its part, the site TSA wrote "Hollande has hurt the Algerians" during his visit to Morocco. "Reiterating the support of France for the Moroccan autonomy plan presented in the joint statement issued at the end of the visit," as serious and credible basis for a negotiated solution, in accordance with resolutions of the United Nations Security Council, "angered the Algerians." TSA writes.