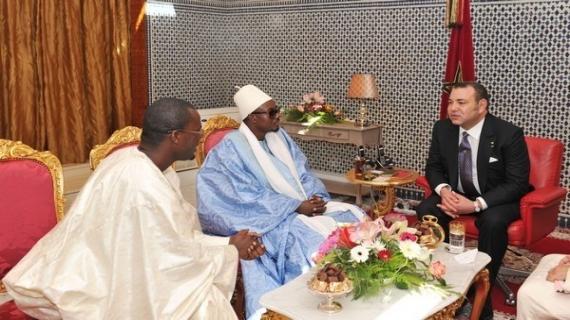 The Algerian newspaper El Watan, wrote this on Monday about the Africa tour of King Mohammed VI:

"The Moroccan firms do  not fail on the continent, to find a niche for improving their business. In these lean times, they are right to do so. By focusing on Africa, our Moroccan neighbours are, so to speak, hitting the jackpot, "remarked the editor of El Watan in his article entitled 'Algeria-Morocco an African contrast'.

The Algerian newspaper  informed its readers that "As usual faithful to his diplomatic habits , King Mohammed VI began last Friday, a journey in West Africa visiting in turn, Senegal, Côte d'Ivoire and Gabon. In addition to certainly intending to strengthen African and Moroccan friendships  and defending the Moroccan Sahara, it is clear that this royal trip will serve  Mohammed VI who is also the manager to plead the cause of Moroccan companies in the African market and at the sametime promote Made in Morocco ", the paper said.

"And meanwhile, what do we do? Well, the exact opposite of what to do, "says the paper, noting that" the majority of government teams that succeeded in power since the late 1990s have mysteriously begun progressively phasing Algeria out of the African terrain almost to  the exit. "

ALGERIA DOES NOT KNOW AFRICA ANY MORE.

" The consequence: if the map of  Algeria is obviously a major part of Africa, in fact, our nation turns its back on the mainland.Indeed, the proof of this disinterestedness and this withdrawal is the fact that a part from participating in meetings of the African Union, the Head of State has made in nearly 14 years of his presence in  power no trip for a state  visit in Africa. That says it all, "said the editorial.

"Regarding Africa, Algeria  has in the best case opted to be an  ostrich. But the greatest danger is that we certainly do not really know Africa, "concludes the paper.