Algerians are not our brothers: Morocco’s former UN Ambassador 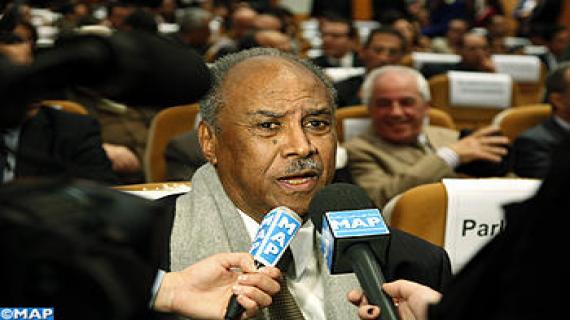 Snoussi’s remarks were part of an introductory speech he gave in a conference in the capital city of Rabat under the theme: “38 years of incarceration in the Tindouf camps, what solutions and perspectives for our compatriots?”

The conference saw the participation of several lecturers, including people from academia, researchers, and political actors. The participants talked about the issue of the Sahara, the confinement of Moroccans in the Tindouf camps and the role of parallel diplomacy in solving the long-lasting dispute.

“The problem of Moroccans is that they are not aware of their history”, said Dr. Noureddine Bell Haddad, a professor at the institute of African studies and one of the event’s speakers.

“Algeria has succeeded in globalizing the question of the Sahara and is now trying to grab the world’s attention to the situation of human rights in the region. It spends $80 million in its media efforts to demonize the position of Morocco at the global level”, added Bell Hadad.

Speakers at the conference were unanimous to harshly criticize the Moroccan diplomacy and the incompetence of officials, as well as the members of the parliament.

“Parliamentarians who are supposed to travel to other countries to defend our cause go to do the shopping instead”, said Mustapha Jiaf a lawyer in the Rabat Bar Association.

“A set of criteria should be required for anyone who aims to defend Morocco’s position regarding the Sahara issue; they should at least master three languages with a background in law and the history of the dispute.” He added.

The king’s speech at the opening of the parliament’s autumn session was mentioned in speaker’s intervention. Speakers at the conference described as “a new beginning” and the “bedrock” for any future action plan on the question of the Sahara.

The speakers agreed on the importance of raising the awareness of civil society to enable it better contribute to the effort of strengthening Morocco’s position, thus paving the way towards finding a realistic and mutual acceptable solution to the issue of the Sahara.