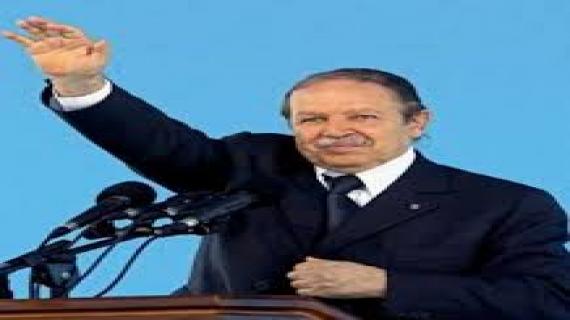 The APS agency said late on Saturday that Bouteflika, 76, was in Paris at the recommendation of his doctors.

He was hospitalised after a minor stroke, according to an earlier state press agency report that quoted the prime minister as saying his condition was "not serious."

The health of Bouteflika is a central factor in the stability of the oil-exporting country of 37 million people that is emerging from a long conflict against Islamist insurgents.

"A few hours ago, the president felt unwell and he has been hospitalised but his condition is not serious at all," Prime Minister Abdelmalek Sellal was quoted as saying.

Elected in 1999, Bouteflika is a member of a generation of leaders who have ruled Algeria since winning independence from France in a 1954-62 war.

They also defeated Islamist insurgents in the 1990s and saw off the challenge of Arab Spring protests two years ago, with Bouteflika's government defusing unrest through pay rises and free loans for young people.

Bouteflika has served three terms as president and is thought unlikely to seek a fourth at an election due in 2014. Leaked U.S. diplomatic cables said in 2011 that Bouteflika had been suffering from cancer, but that it was in remission.

It is unknown who might take over Africa's biggest country by land area, an OPEC oil producer that supplies a fifth of Europe's gas imports and cooperates with the West in combating Islamist militancy.

More than 70 percent of Algerians are under 30. About 21 percent of young people are unemployed, the International Monetary Fund says, and many are impatient with the gerontocracy ruling a country where jobs, wages and housing are urgent concerns.