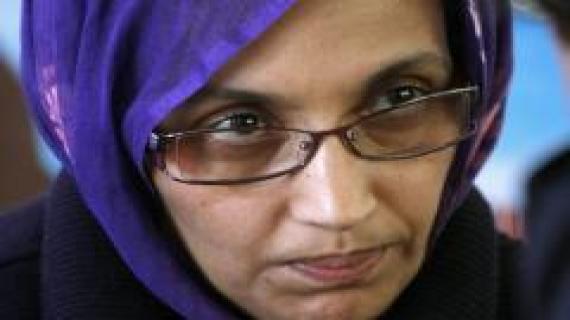 Sahrawi activist and president of the Collective of Sahrawi Human Rights Defenders (CODESA) Aminatou Haidar did not attend a meeting hosted by UN Personal Envoy Horst Köhler in Laayoune.

Haidar had been to nearly every meeting hosted by the former personal envoy Christopher Ross.

While the female pro-Polisario activist wasn't there, Ali Salem Tamek who served as CODESA's former vice president was present at the meeting with Köhler. He was accompanied by Mohamed Salem Lakhel, head of a department at the regional delegation affiliated to the Ministry of Education as well as Mohamed Moutawakkil, another senior official.

Brahim Dahhan, president of the Sahrawi Association of Victims of Grave Violations of Human Rights (ASVDH), recognized by the Interior Ministry, also took part in the discussions.

The meeting discussed the human rights situation in the Sahara. «Köhler was a good listener and did not intervene much. His advisors, on the other hand, wrote down every word the meeting's attendees uttered», a well informed source told Yabiladi.

However, missing Horst Köhler's meeting for Aminatou Haidar remains suspicious. «Aminatou is not in Laayoune», the same source informed Yabiladi, stressing that she was not contacted by the Polisario leadership to prepare for the German former president's visit to the region.

But Aminatou Haidar's absence confirms that the CODESA president is no longer on good terms with Brahim Ghali. This new trend can be related to the fact that Bachir Mustapha Sayed has been serving since February as the Front's «minister of occupied territories». The latter is completely against the idea of having peaceful discussions and negotiations with the parties involved in the territorial dispute, including the United Nations.

For the record, Aminatou Haidar was invited by the Front in August 2017 to attend an event at the Boumerdes University in Algeria. She held a press briefing in Algiers but since then the activist became less interactive on social media as her latest tweet dates back to May the 19th.